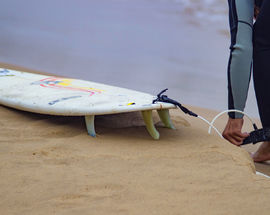 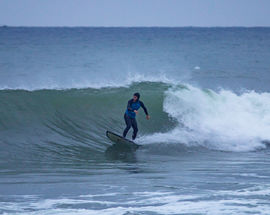 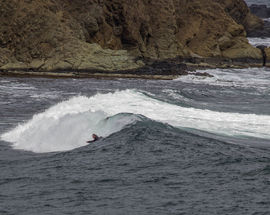 Since ancient times, the Black Sea has been wrapped in a veil of legends and enigma.....

Taking a look at the various hypotheses on the reasons behind naming it the Black Sea already gives a feeling of mystery. Theories vary from naming it 'Black' as a consequence of being so hostile to ancient navigators, to the colors of its stormy waters in winter. Some even suggest the name originates from the black sludge that covers the sunken objects on the seabed.

The Black Sea is also unique in terms of its geography. Connected to the Sea of Marmara through the narrow Bosphorus Strait, it reaches the Mediterranean sea through the Dardanelles and the Aegean sea. Another phenomenal fact about the Black Sea is its anoxical waters, meaning that below a certain depth (approximately 70 meters below sea level) there is a lack of oxygen in the water, making any marine life impossible. Another peculiarity of this special water basin is its lack of tides – the sea level stays almost constant without any fluctuations.

But one of the best kept secrets is still to be revealed. As a flashback, some years ago I’m finding myself on Sunset beach in Oahu, talking to Mr. Randy Rarick – a global surfing icon. Upon mentioning Bulgaria, he cheerfully replies “Oh, sure I know it, I’ve surfed there.” It is true that one of Mr. Rarick’s passions was collecting the richest list of waves surfed worldwide, but still it was quite a surprising story.
And it goes on like this.....
But first there are some conditions to be met:
- arm yourself with patience to follow the forecast for that perfect moment,
- you will need a thick wetsuit for autumn/winter conditions and a suitable board.
The best swells are usually from autumn through to spring time, when you can experience 2-4 meter waves. Depending on the particular swell conditions and the mood of his majesty, the Black Sea, you can even get lucky tubed or enjoy long glassy surfaced waves.

As with every surf community, we also have a tribe of dedicated riders, who are committed to dropping their work engagements and daily routines, jump in the van and catch some waves. Then batteries are recharged and you attack the following working week with replenished enthusiasm and only the salt water dripping from your nose and the sudden spaced-out lookin your eyes discretely divulges that you have been out on the liquid playgrounds.
Taking an insiders’ perspective below are 'unrevealed' the Top 3 surf spots on the Bulgarian Black sea coastline.

Ahtopol is one of the most southeastern towns in Bulgaria. It's famous with its waves crashing against the background of the town’s lighthouse. This is the spot where the National Surfing Championship takes place. The best seasons for catching good waves are autumn and winter. The optimal wave conditions are when the wind is offshore. It is a reef break with some sandy areas. However, the downside of this surf spot is that the drop in area is quite small and often overcrowded when there is a forecast.

Lozenetz beach surf spot is an open beach break that works best with south and southwest wind and a northeast swell. It has a convenient channel to paddle in through a rocky, but calm part of the bay to get to the line-up. It can have some hazardous rip currents.

Varvara surf spot is situated a few kilometres north from Ahtopol and rarely breaks as it needs some more specific conditions. However, when it works it is one of the best spots on the Black sea coastline. It is a point break with a reef break on the left side. Being quite exposed and wide it does not feel crowded even on a good day. This spot requires  more surfing expertise as it could have some rip currents and is not breaking as close to the shore as the previous two locations.
Our surf insider is Joana
Follow her on instagram  #joanabossaphotography