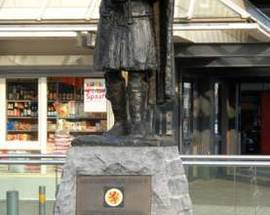 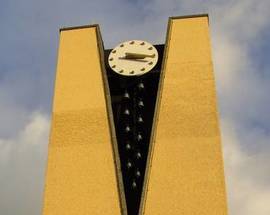 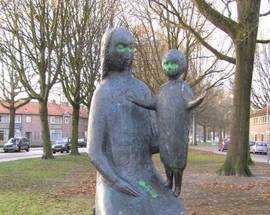 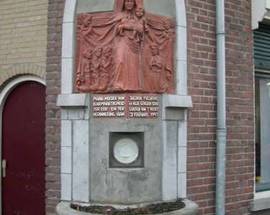 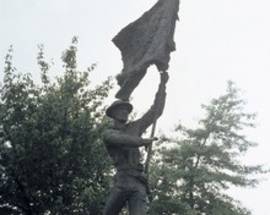 All of the Netherlands including Tilburg was occupied by the German army during World War II. Today, numerous monuments have been erected in honour of the war's victims and heroes, its resistance fighters and liberators. The two best known are the Memorial of the 15th Scottish Division created in 1989 and the Royal Dutch Princess Irene Brigade Memorial from 1955, both of which can be found at Stadhuisplein (town Hall Square). They honour the memory of the soldiers who liberated Tilburg in October 1944.

Every year on Remembrance Day (May 4) flower wreaths are placed at the bronze statue of a Scottish bagpipe player, known as The Piper, and the soldier. The Dutch Resistance was also active in Tilburg and there are two memorials that honour these brave freedom fighters including Coba Pulskens, the best known liberation fighter from Tilburg. One is located at the Diepenstraat and one at the Coba Pulskenslaan. Jacoba Pulskens (1884 - 1945) offered lodgings to Jews, members of the resistance and stranded Allied pilots. On July 9, 1944, just months before the liberation of Tilburg, the Gestapo carried out a raid on Pulskens’ house and killed three pilots in hiding. Pulskens was arrested and taken to the Ravenbrück concentration camp where she was gassed in 1945.
The Helga Deen Garden on Willem II Straat is named after a Jewish girl from Tilburg who died in the Sobibor death camp. She kept a diary during her detention in an SS concentration camp (Camp Vught National Memorial). There are also a number of general memorials to other victims. The carillon tower (1965) next to Central Station is an example, although many Tilburgers themselves are not aware of this. Due to its remarkable shape the tower is nicknamed the Clothespin. At the Jewish cemetery there’s also a monument to Jewish victims.
Individual victims haven't been forgotten either. There are memorials for six members of the staff of the railways’ work room (D’n Atelier at NS Square), the Our Lady of Perpetual Help Memorial (1945, Ringbaan-Zuid) for the neighbours of the Broekhoven estate who were killed, a plaque in Central Station for W. van Kuijk and one in the Koning Willem II College (Grammar School Koning Willem II; 1947) for students who were killed (amongst them Helga Deen and René Norenburg). Inside the Palace-Town Hall a stain glass window commemorates the liberation of Tilburg and the restoration of the legitimate authorities, the distress suffered by the people and the rebuilding of the city. Additionally, the Indies Memorial from 2001 by Gerard van Swietenstraat honours soldiers killed in the former Dutch Indies and a Hiroshima Memorial is located at the Vijfsprong. Naturally,  war graves are located at several local cemeteries.