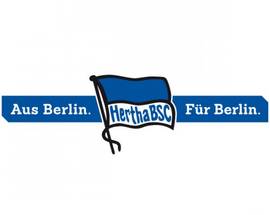 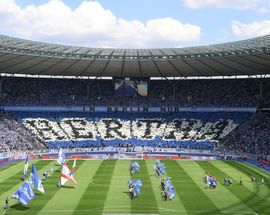 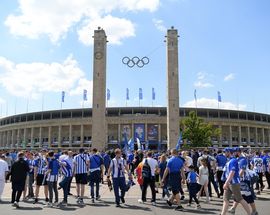 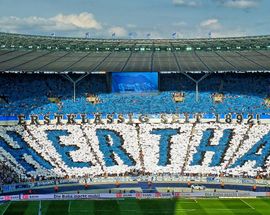 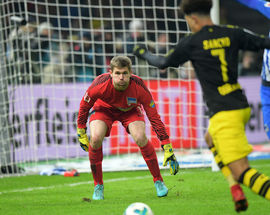 Berlin's main football team plays home matches at the impressive Olympiastadion, Germany's second largest stadium, built for the 1936 Olympic Games and renovated for the 2006 World Cup. Founded back in 1892 the team is known as the Alte Dame, the old lady. Its most successful years were between 1926 and 1931, although Hertha did make the semi-finals of the UEFA Cup in 1979. Shortly after however, dark times hit the club, who spent much of the 1980s and early 1990s in the second division. Back in the Bundesliga this time since 2012 they now look set to stay. Saying that, it never pays to be overly optimistic in Hertha world. The team are currently dawdling in mid-table, which in itself is an improvement over last year’s skin-of-the-teeth relegation battle. What happens next? Nobody knows, and we mean nobody.  As things stand, a maximum of 25,000 fans (or 50% of a stadium’s capacity) are allowed in the ground.

Olympischer Platz 3
/berlin/olympiastadion_164072v
Guided Tours in English at 11:30 a.m., 1:30 p.m. and 3:30 p.m. (no viewing and guided tours possible on days with scheduled events). A professional guide takes you on a 60- to 75-minute tour of the stadium, to areas not otherwise open to the public.
see more