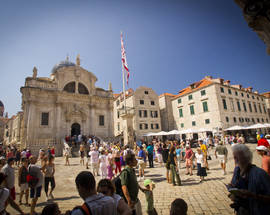 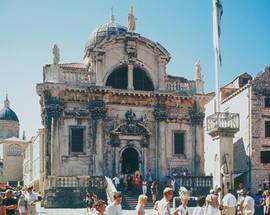 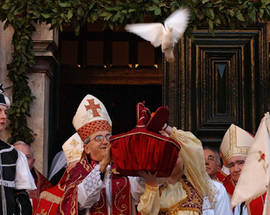 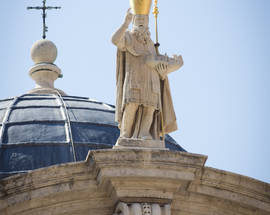 Named after the saint protector of Dubrovnik, this is perhaps the church most beloved of the city’s people. Sitting four square on Stradun, its stained glass windows by local artist Ivo Dulčić (1971) lit up at night make a wonderful show. A church has stood on this spot since 1368, but following a fire, the present church (1717) was built in Baroque style by Venetian architect Marino Gropelli, who was also sculptor of the statue of St Blaise standing above the entrance to the church, protectively holding a scale model of the Old Town in his hand. The church’s front steps are the setting for some of the most important events of the life of the city, including New Year’s Eve and the opening night of the Dubrovnik Summer Festival, which always used to include a concert by legendary renaissance-pop group and Eurovision contestants The Troubadours. Mass in foreign languages can be arranged by appointment.


Dubrovnik In Your Pocket