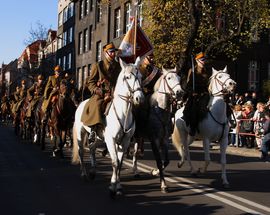 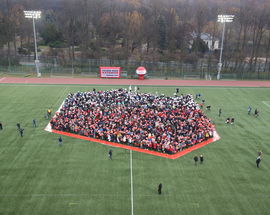 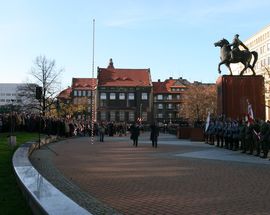 While other parts of the world celebrate November 11th as 'Remembrance Day' (UK, Canada), 'Armistice Day' (France, NZ), and 'Veterans Day' (USA), for Poles the ending of the Great War was even more significant as it saw Poland finally regaining its independence and returning to the map of Europe after 123 years of being partitioned by Austria, Germany and Russia. With the signing of the Armistice between the Allies and Germany, famed military hero Józef Piłsudski was appointed as Commander-in-Chief of the Second Republic of Poland on November 11th, 1918. Piłsudski formed a new centralised government and went on to command Polish forces against Russia in the victorious 1920 Battle of Warsaw, a key turning point in the rebirth of the country. In true facepalm fashion, however, Independence Day was constituted as a national holiday in 1937 and celebrated exactly twice before World War II began and Poland found itself occupied again. In the communist era, the date of Independence Day was dubiously moved to July 22nd to honour the day the PKWN Manifesto - a document which basically asserted communist authority over Poland - was issued in 1944. After communism fell in 1989, the holiday was restored to its original November 11th date.
If you're in Poland on this day you'll find that although it is a national bank holiday, most restaurants, bars and even shops will still be open.

Christ the King Cathedral
ul. Plebiscytowa 49A
Show on map

ul. Plebiscytowa 49A
/katowice/christ-the-king-cathedral_32244v
Building work began on Zygmunt Gawlik and Franciszek Mączyński's impressive neo-Classical Cathedral on June 5, 1927 with the digging of a symbolic spade of …
see more