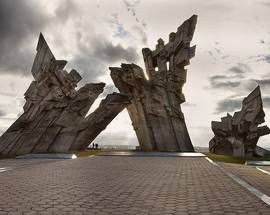 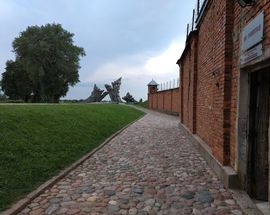 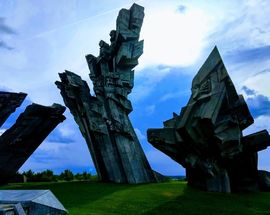 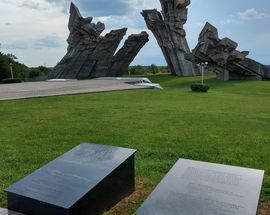 Visiting the site where well in excess of 30,000 European Jews were murdered by the Nazis and their Lithuanian accomplices between 1941 and 1944 is a vital part of any trip to Kaunas. On October 29, 1941 alone, a staggering 9,200 Jewish men, women and children where brought here from the Kovno Ghetto and shot. A vast memorial unveiled in 1984 marks the place where they were buried and most of the site can be visited for free, although buying a ticket to visit the two museum buildings, which contain information on the complete history of the place, is money well spent.