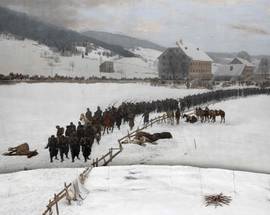 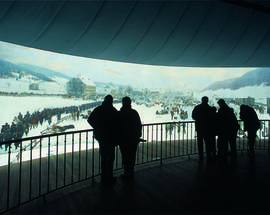 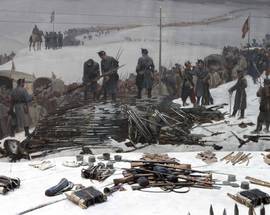 The Bourbaki Panorama is basically one huge painting - but the museum around it really teases out the exciting story it has to tell. The circular painting, which is 114 metres around and 10 metres high, was painted in 1881 by Edouard Castres. It depicts a major military event of 1871 - 87,000 defeated French soldiers crossed the border into Switzerland, fleeing the Prussians. In Switzerland the soldiers were disarmed and looked after by the government and the public, giving rise to a humanitarian tradition. Paintings like this one were hugely popular at the time, before the advent of cinema, let alone 3D cinema and the like! In the original panorama building from 1889 you can view this 19th-century attraction, as well as learn more about the event behind it thanks to the museum's very state-of-the-art exhibition and film. Most text is in English and French as well as German, as are guided tours.