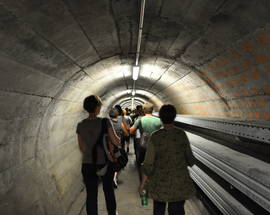 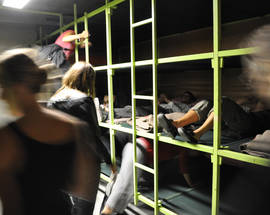 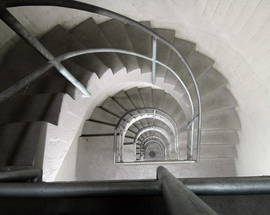 Aside from stunning nature, chocolate and cheese, Switzerland is also renowned for its bunkers. During the Cold War a law was passed giving every resident the right to bunker space, a law still existing today. Lucerne is home to the former largest civilian bunker in the world, built between 1970 and 1976 and located within the city. If it ever had been needed, two motorway tunnels would have been sealed by four 350-ton gates, with enough room for 20,000 beds and hundreds of toilet cabins. In addition to the two tunnels, the bunker was equipped with a seven-floor, subterranean building. The tour provides a fascinating insight into Cold War times and the fear of the nuclear bomb.

16.02.2018
Lucerne In Your Pocket
Luzern
I guess you would have to book a private tour in this case, which might be fairly expensive. Contact them directly here: https://unterirdisch-ueberleben.ch- Enjoy Lucerne!
15.02.2018
April
Houston, Texas, USA
From reading above I see tours are only offered April through September. Is the bunker still open for tourists to see on their own other times of the year. My family will be visiting in December and January and I think we would enjoy seeing this. Thank you!
Take your guide with you Download a pdf