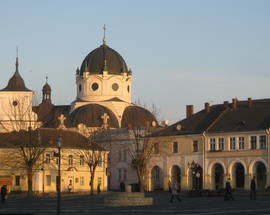 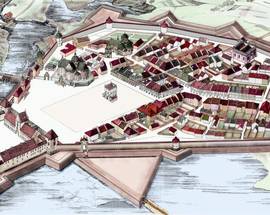 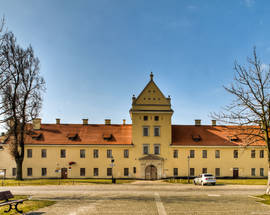 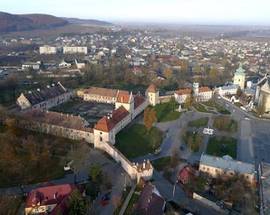 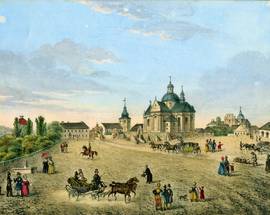 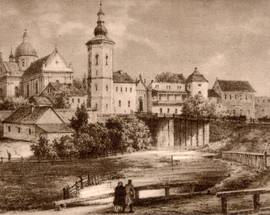 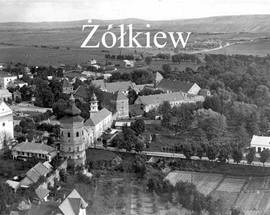 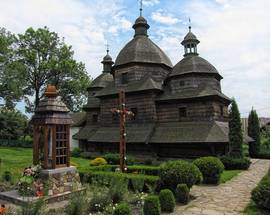 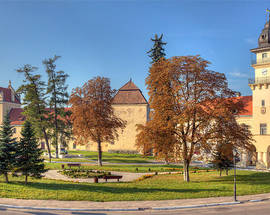 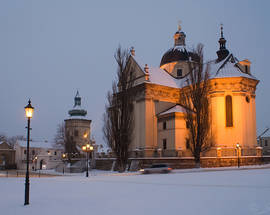 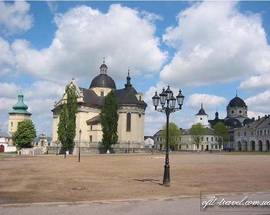 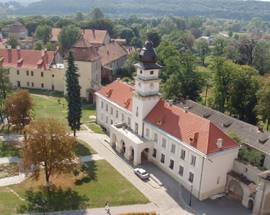 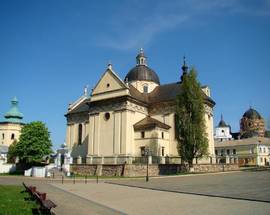 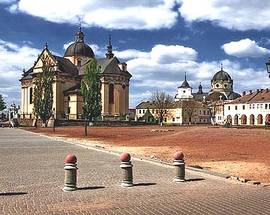 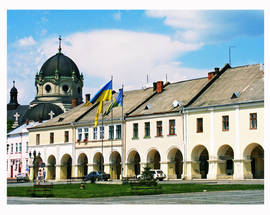 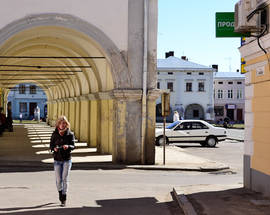 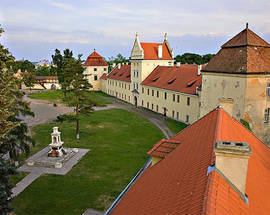 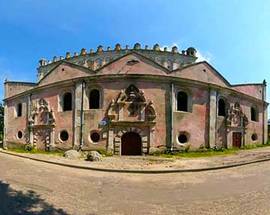 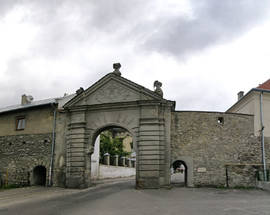 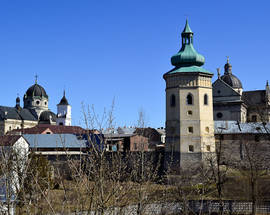 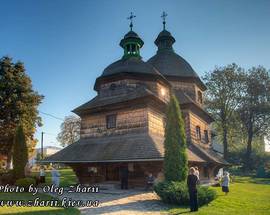 Numerous Ukrainian towns and villages can boast of having the remnants of ancient fortifications, but only the small district centre of Zhovkva in the Lviv region has an absolute right to call its fortress “ideal”. Here, in the first half of the XVII century the only mint in the territory of Ukraine was in operation with the coins being minted from silver that belonged to the Hetman Zolkiewski’s widow.

At the beginning of the XVII century it had three storeyed corner towers, an entrance gateway in the north-eastern wall, and fighting galleries with loopholes along the walled perimeter. The south-western wing was decorated with an open gallery and arcades and it served as a palace. Unfortunately luxurious halls, a treasury and an armoury can not be restored but the facade of the former outpost is again the town’s showpiece due to restoration began in 2003.

Near the castle at the foot of the mountain a well-known “menagerie” is situated – a park where deer and chamoises graze on green meadows. Hunting has always been a favourite pastime for all the various castle owners – the Zolkiewskis, the Danylowyczis and their grandson, the Polish king, Jan III Sobeski.

During 1604–1609 the Roman-Catholic church of St. Lavrentiy (Laurence) appeared here. It became a regular gathering place of the Sobeski and the Zolkiewski families.

In 1741-1742 the Italian architect Antonio Kastell expanded the palace from the stronghold, decorating the portico and the staircase with the sculptures of Lithuanian and Polish crown hetmans. In 1809 a ball was held in honour of Napoleon Bonaparte.

The next owner of the castle was Artur Glodowski. In 1887 he sold one by one some of the walls, arcades, portico with the sculptures and one castle tower …to be used as building materials. And in 1915 a fire broke out.

Today Zhovkva is rising from the ruins.

Getting there
From Lviv to Zhovkva you can get by taxi or public transportation. A walk from Zhovkva station where you arrive, to the castle, takes no more than 10 minutes. The town is small enough and all its sights are located close to one another.

Zhovkva is located about 30 km to the north of Lviv. From Bohdana Khmelnyts’koho Str. follow highway M09. In about half an hour you should reach Zhovkva.