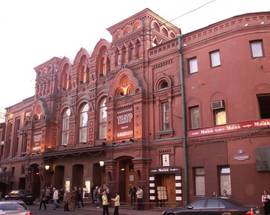 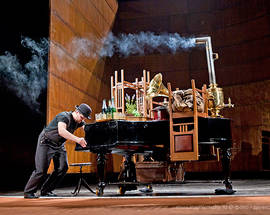 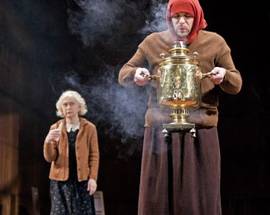 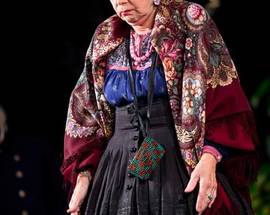 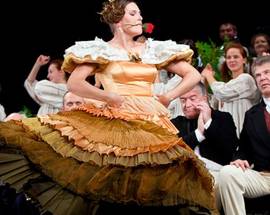 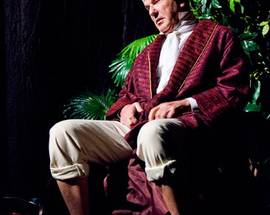 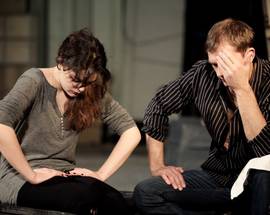 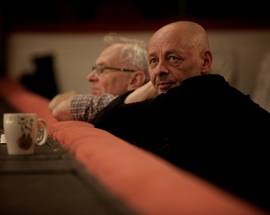 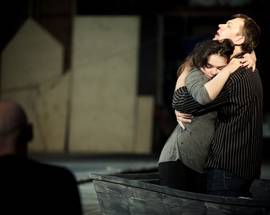 The Mayakovsky theatre has a long history dating back to 1920. Its stage saw world-famous actors such as Sarah Bernardt, Eleonare Duse and Ernst von Possart, and because of their presence it was also known as the “International” theatre. Another person connected to the theatre was Vsevolod Meyerhold, who had a huge influence on modern theatre in Russia, but - as many modernizers those days - died in 1940 during Stalin’s purges. The theatre remains one of Moscow’s favorite ones and its actors are among the most famous in Moscow and Russia for that matter. The Mayakovsky theatre stages classical pieces from Gogol, Dostoevsky and Chekhov. One of these plays, Marriage by Gogol, is a popular one due to its satirical and absurd take on matchmaking. On stage the main characters sing Russian romances, supported by a lovely choir which enhances the romantic feeling of an age long gone. One more great play is Talents and Admirers, a 19th century comedy by Russian playwright Alexander Ostrovsky, who was largely responsible for reforming Russian theatre in the late 19th century. The play is a humorous take on the nature of artistic talent, the theatre, success and failure. In this performance the stage is practically devoid of decoration and the audience becomes so involved in the lively performance of the actors that you barely notice the absence of props. The only item on the stage is a Russian samovar, symbolizing Russian daily life.
Show on map

Bol. Nikitskaya ul. 19/13
/moscow/mayak_45822v
Located on top of the Mayakovsky Theater, no wonder it is known for attracting the Moscow intelligentsia. Frequented by journalists, actors and writers, it's the type of place where 'just a quiet' drink can go on for hours and include numerous vodka shot
see more