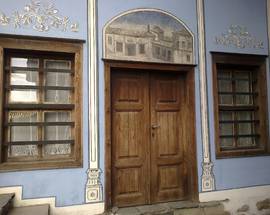 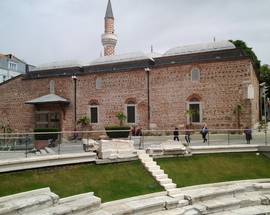 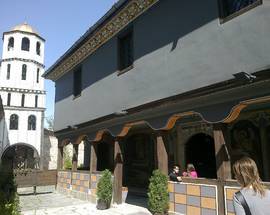 Bulgaria's second largest city is home to the country's most impressive man-made sight: the incredibly well preserved Ancient theatre sitting in the saddle between two of the 6 (originally 7) hills the city is famed for and providing a breathtaking view of the city and the Rhodope mountain range.

Plovdiv boasts plentiful Roman ruins and an enchanting Old Town of cobbled streets and timber-framed 19th century painted houses with overhanging oriel windows. There is no better place for a relaxing, meandering, day of sightseeing.

Plovdiv is considered one of the oldest cities in Europe, its history going back to a Neolithic settlement dated at roughly 6000 B.C. It became an important Roman city in the early centuries of the new era and was fought over by Bulgaria and Byzantium for much of the Middle Ages. Plovdiv prospered towards the end of the Ottoman Empire and its rich Bulgarian citizens invested in the Orthodox church, Bulgarian-language education and culture and the vernacular 'National Revival Architecture' (see feature) that we can still admire today. Plovdiv missed becoming the new capital of Bulgaria after the Ottomans were defeated, since it was left in the Ottoman province of Eastern Rumelia for another 7 years, leaving Sofia to become capital of the new Bulgaria.

Nowadays Plovdiv combines a modern and thriving city centre with a quiet and laid back Old Town, everything dotted with Roman ruins in various states of (dis)repair. Coming back down to the city from the Old Town can be something of a culture shock as the noise, bustle and jumble of architectural styles attack your senses. Having said that, the long and wide main street of the city centre is completely pedestrianised, allowing you to sit and people watch from one of the numerous street cafes. Most of the city's population seems to come here for their daily promenade on a summer's evening.

The river Maritsa cuts through the city but its wide river bed, though useful for avoiding flooding, means it looks rather empty and unkempt most of the time.

With a very warm climate, the best times to visit are Spring and Autumn. Summer can be very, very hot, though there is an abundance of shady outdoor cafes and restaurants to help you cope. Opera and ballet performances in the Ancient theatre are another argument for visiting in June and July.

Plovdiv, with its dynamic cultural calendar is 'European Cultural Capital 2019'.