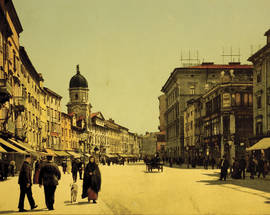 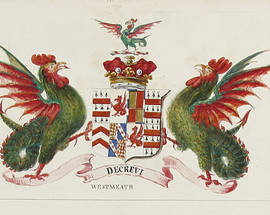 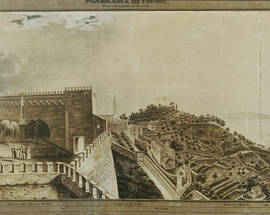 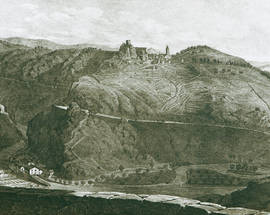 A word of warning: if you’re travelling by car to Rijeka from Italy, you’ll have a tough time finding your way unless you have a satellite navigation system or know a few words of Italian. Italian road signs don’t show the name “Rijeka”, but “Fiume” – which means “river” in Italian. And guess what “rijeka” means in Croatian? River.

Why? Well, take the highway which traverses behind the city and you’ll come to a spectacular gorge through which the river Rječina runs. Travelling the main road into Rijeka itself, you’ll drive right along it. The Rječina was one of the reasons why this area was settled before Roman times – both providing water for life and shelter for the ships of the Liburnians, an Illyrian tribe famed for their skills as sailors . What’s harder to spot today is that the ground under Rijeka bubbles with underground springs. Water is absolutely central to the personality and existence of Rijeka – bright, refreshing, life-giving and always moving on.
Although there are traces of Stone Age inhabitation in the area, it was the Liburnians who built the first significant settlement on Trsat hill (or, as they called it, Tarsat), to defend their harbour from attack. The Romans drove out the Illyrians in the 13th century. Trsat ceased to be the most important settlement, as the Romans founded the town of “Tarsatica” on the land where Rijeka’s old centre now lies. The area around St Vitus’ Cathedral was given the name Flumen Sancti Viti after the city’s patron saint.
In the 14th century, a powerful family of Croatian counts from Krk Island increased their power over the territories of the mainland. Later, this dynasty took the name Frankopan, and their influence can be seen everywhere around Rijeka - they built the shrine at Trsat, and many churches and fortifications on the coastline, as well as on Krk Island itself.
Over the centuries that followed, various European powers gained influence over Rijeka and its surroundings: the Austrians, French, Italians, Hungarians and Venetians – apart from the Croatians. Each left its mark. One of the most influential for the development of the city was the Austrian period. Much of the architecture of the city is reminiscent of Central Europe since it was built by the same people. Under the Hapsburgs, Rijeka was connected to Vienna and Budapest by road and rail, and proclaimed a free port. These transport links contributed massively to the development of Rijeka as an industrial city since second half of the 18th century. The city’s fortunes shifted as it changed hands, but after reintegration into Croatia after the Second World War, it became one of the driving forces of the economy and is now the third biggest city in the republic after Zagreb and Split.
Look over the Rijeka waterfront from a gull’s eye view on the ferryboat, and you’ll encounter a mass of cheeky winks from the shuttered windows of the buildings that line the quayside and clamber up the hills. Rijeka is a window onto the world not only for Croatia, but also for a huge part of Central Europe. Here, the Adriatic bites deep into the European landmass. The Austro-Hungarians turned this to their advantage, and founded one of the Empire’s busiest ports here. Shipping became the second stream of lifeblood for the city – the first, of course, is water itself.
Rijeka, exposed to the wide world for so many years now, is cosmopolitan in outlook and young in spirit - you can feel it as you walk along the elegant Korzo, get to know the history of the city, the forward-looking people and their culture. And it’s capital of Kvarner, which truly has so much to discover. Travel west, and see how the lush Opatija Riviera, dotted with fairytale villas reminds you of the Italian lakelands. Penetrate into the hinterland or head south along the coast road and see a chain of forts, the legacy of the local nobles. Discover the charms of the islands – each one so different, but all surrounded by sparkling sea and a climate that returns to you the life that the hectic pace we live by robs us of day by day.