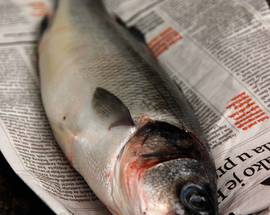 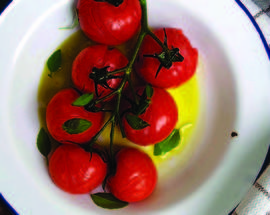 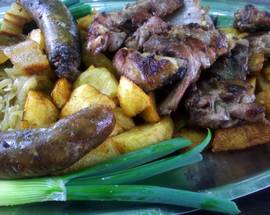 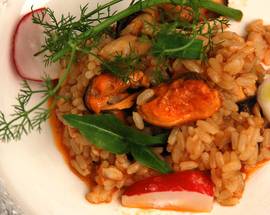 Expectations of Croatian cuisine are usually based around the rich diversity of fresh fish, squid, lobster and shellfish supplied by the Adriatic Sea. Unsurprisingly, this maritime bounty forms the backbone of most restaurant menus. However it would be a mistake to assume that this was all that local culinary culture had to offer. Croatia’s coastal regions have preserved a wealth of age-old regional specialities, many of which are coming back into fashion having for decades been looked down on as simple peasant food.

Home-made pasta with a goulash-type sauce is one Adriatic staple that is found in traditional konobe or inns all along the coast. Twizzles of home-made pasta called fuži are still common in Istria and the northern Adriatic, while the island of Krk has preserved the tradition of making šurlice, succulent macaroni-like twists made from flour-and-egg dough. These traditional pastas are usually served with some kind of lamb or beef stew, depending on which form of livestock prevails. Dubrovnik and the nearby islands are famous for šporki makaruni (literally “dirty macaroni”) a meaty goulash served with home-made macaroni and dusted with grated hard cheese.

Other peasant staples which you will encounter up and down the coast include bobići (bean stew with sweetcorn) and maneštra (a thick vegetable broth). In southern Dalmatia, zelena maneštra (“green maneštra”) is made my boiling up the bones of a home-cured cured pork leg and adding potato and cabbage. Cabbage used to be a staple vegetable throughout the region, and still forms the key ingredient in arambaše - cabbage leaves stuffed with minced beef, pork and bacon which are a speciality of inland Dalmatia, especially around the town of Sinj.

Anyone touring the Adriatic coast by car is sure to pass roadside restaurants where whole lamb carcasses revolve slowly over open fires in the car park. The resulting spit-roast meat is delicious served with raw spring onion and potatoes. Lamb from the Adriatic islands and the Dalmatian hinterland is considered to have a particularly delicate taste, thanks largely to the wide variety of aromatic herbs scoffed by the beasts while grazing. Lamb from Pag is particularly tasty, on account of the crystals of sea-salt deposited on the sage-covered hillsides that serve as pasture.

Another highly individual local way of preparing lamb is to cook the meat in a peka, a lidded vessel which is placed in an open fire and then covered with embers to ensure a long slow bake. On the Dalmatian islands the peka method is also used to bake octopus, as well as the larger fish such as zubatac (dentex) or grdobina (frogfish).

Each of the islands has preserved highly individual dishes which can’t always be found on the mainland. Gregada (a mixture of fish stewed in white wine) is prepared by almost all the restaurants in Hvar, but rarely crops up in places which are only a short ferry ride away. The island of Vis is well known for a unique savoury pie known as the pogača, which wraps a salty fish filling (usually anchovies or sardines) inside light flaky pastry. These pogače are sold in all the bakeries on the island, although there’s a crucial difference in recipe depending on whether you buy it in the town of Vis or the town of Komiža (the Komiža version comes with a tangy dash of tomato).

Several islands are known for their spectacular sweets, many of which can be bought in delicatessens throughout the region. The Kvarner island of Rab is famous for the Rapska torta, a baton-shaped cake made from marzipan and rolled in sweet pastry. The inhabitants of Korčula are notoriously sweet-toothed, with locally-made kroštule (deep-fried pastry twists) and cukarine (crescent-shaped biscuits flavoured with orange and lemon) making the ideal tea-time treat. Paprenjaci from Korčula and Hvar are biscuits made from a blend of honey and pepper, not dissimilar to gingerbread in taste. In Dubrovnik you should definitely try rožata, a syrup-topped custard similar to crème caramel.