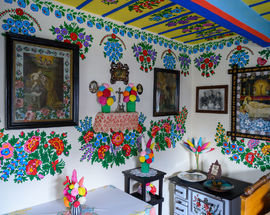 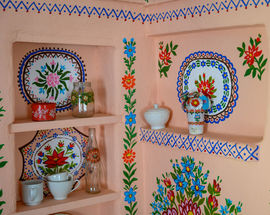 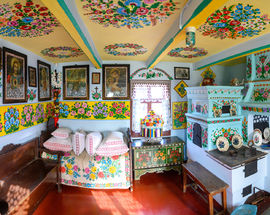 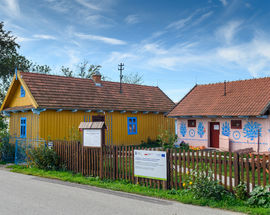 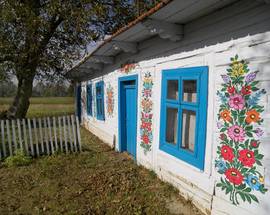 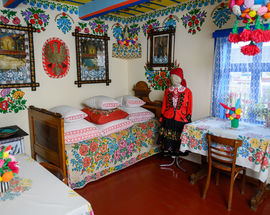 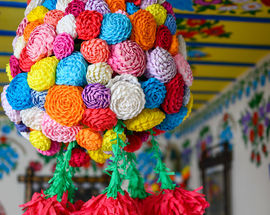 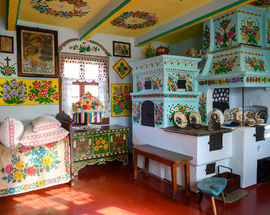 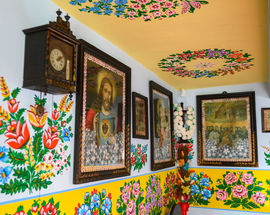 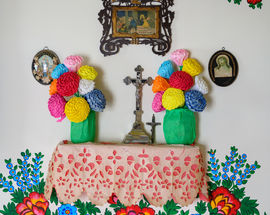 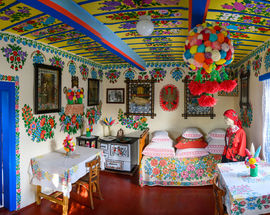 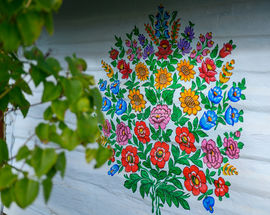 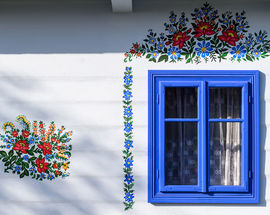 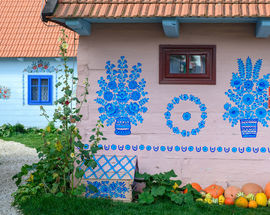 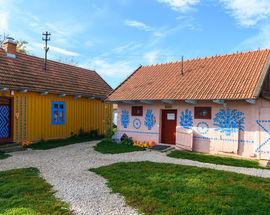 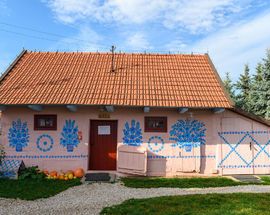 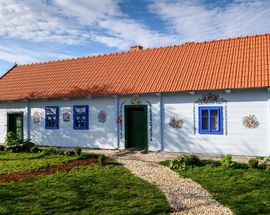 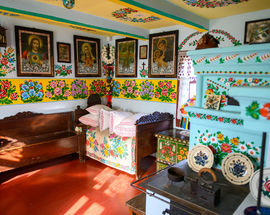 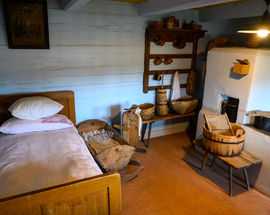 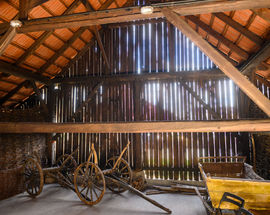 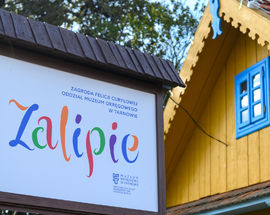 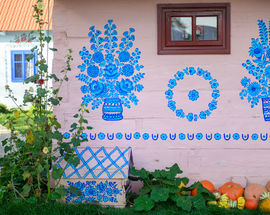 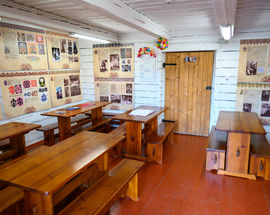 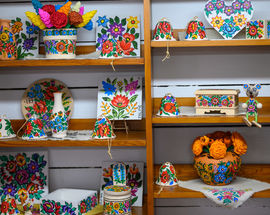 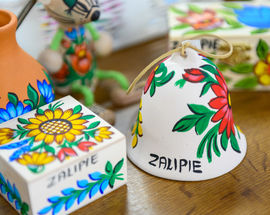 Zalipie’s most celebrated artist was Felicja Curyłowa (1904-1974), who most embodied the spirit of Zalipie and was often visited by passersby and tourists. Upon her death, the Cepelia Foundation – Poland’s folk art preservation and promotion organisation – bought her property and in 1978 transferred it to the care of the Tarnów Regional Museum. Several other local 19th century buildings, including the charming 'Chata Biedniacka' cottage with its thatched roof, and Stefania Łączyńska House, have also been moved to the farmstead, and today they are accessible to the public as an open-air museum of folk architecture and art. Most impressive is the interior of Curyłowa’s three-room residence filled with decorative ornaments by the artist, original furnishings, farm tools, folk costumes and paper crafts; to see them you must join a guided tour (Polish-language only) which depart every hour on the hour.