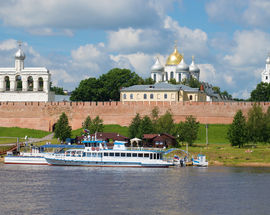 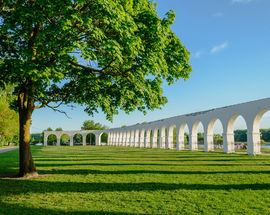 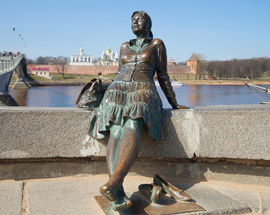 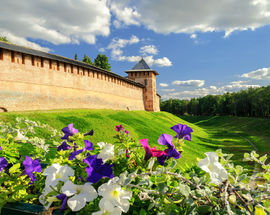 Veliky or Great Novgorod is generally touted as ‘the birthplace of Russia’. The first references to Novgorod go back to 859 and although scientists still debate the exact date of the city’s birth, this year is generally considered as the date when Novgorod, which was soon to become a key European political and cultural centre, was founded.

Situated on the cross roads of important trading routes passing from the Mediterranean to the Baltics and into the eastern Russian Volga regions, the town prospered in the middle ages and local craftsmen became famous for their skills in wood work and ironwork. In fact in the beginning the whole town, including the roads, was made out of wood, although unsurprisingly it burnt down more than once - people in wooden houses really shouldn’t be smelting iron…

As well as being the first Russian settlement to have toilets (long drop ones) Novgorod also claims to have had Russia’s first school (started in 1034 by the appropriately named Yaroslav the wise) and the city’s history museum holds Russia’s oldest icon. It was also the first region to throw off notions of the Divine Right of Kings. For more than 300 years Novgorod was ruled by a ‘Veche’ a people’s assembly which made decisions on war and peaces, laws etc and summoned or alternatively banned local princes to rule the region for a pre-arranged period of time.

Novgorod is by modern standards a very small town. After its heyday in the middle ages, Moscow, St. Petersburg and Kiev took over as the leading cities in Russian culture and Novgorod became somewhat a backwater. This is no bad thing however, as it has meant that much of the town and surrounding countryside has been saved from the blight of industrialisation and communist construction. Veliky Novgorod is now a world heritage listed site and alongside it's famous Kremlin – which matches Moscow's in both size and age – there are also more than 50 churches and monasteries in the region to be explored.