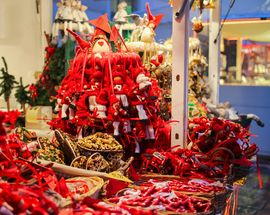 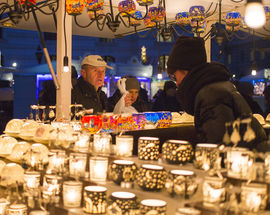 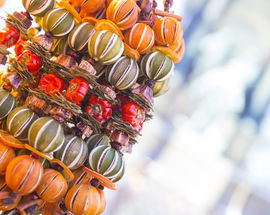 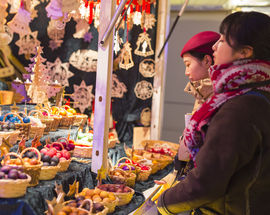 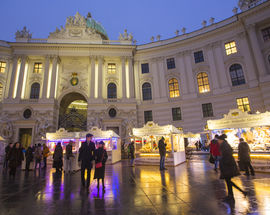 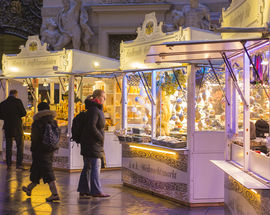 The Christmas market at St. Michael's Square is surrounded by beautiful, historic buildings. Officially called the Imperial and Royal Christmas Market, its stalls combine insignia of the monarchy with modern designs.

The stalls almost appear to be lovely miniatures of the stately St. Michael’s Wing, the part of the Hofburg Palace, where the imperial family resided from the 13th century until 1918. On the other side of the square is the nearly 800-years-old St. Michael's Church is located. Mozart's Requiem was partially performed here for the very first time.

The square itself is also steeped in history. It is dominated by an archaeological dig that uncovered an ancient Roman settlement.

Gifts made in Austria

Another stall offers Austrian honey infused with walnuts, flower petals or a touch of ginger. Naturally, there is also sweet, hot punch and mulled wine available as well as typical Austrian snacks such as tiny versions of Wiener Schnitzel.

On Tuesday and Thursday evenings brass music bands perform traditional Christmas songs at the Imperial and Royal Christmas Market. The so called Turmblasen, the tower music, has a long history in Austria and is traditionally heard at Christmas. More information can be found on the market’s Facebook page: facebook.com/kukWeihnachtsmarkt.