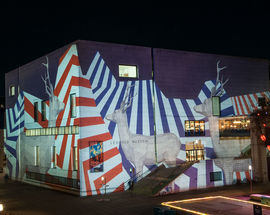 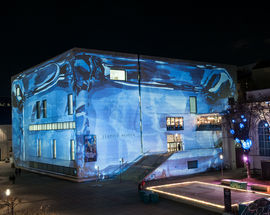 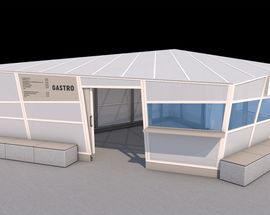 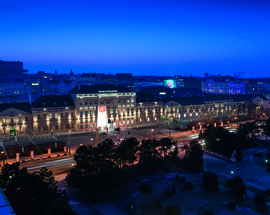 In the heart of the city, the 300-year history of the MuseumsQuartier Wien, Vienna's top museum complex, starts in the early 18th century when it was commissioned as a grand imperial stable building with a 400-metre wide Baroque facade. After being used as a fair and exhibitions venue, it was finally renovated and turned into a new centre for modern art in 2001. At 90,000 square metres and housing 60 cultural institutions the MuseumsQuartier Wien is one of the largest such cultural hotspots in the world – yet is also an oasis of calm in the busy city. Here, art meets space and creates a unique atmosphere that makes the large courtyard such an excellent spot for events.

Christmas is an exciting time, an understatement if ever there was one, but few things ramp up the pre-Christmas excitement in Vienna quite like spending some time at the magical MuseumsQuartier Wien. It has become something a tradition for MQ to ramp up the anticipation in the six weeks before Santa arrives, and the 2019 program looks every bit as stacked as ever.

The party starts on November 7 and comes to a thrilling climax just two days before Christmas, a six-week period filled with live music, entertainment, culture and quite unusual flavours of punch. It is the latter that will be served upon arrival at the many MQbis, the igloo-esque pavilion bars that are one of Vienna’s finest Christmas innovations. Inside the MQbis we find some seriously good restaurants, cafes and bars, each serving exquisite food and drink in a most festive atmosphere. You could easily spend the entire six-weeks inside these modern design marvels.

But there’s plenty going on around the MQbis, so don’t be afraid to let your feet (and other senses) guide you around. The daily programme of concerts and cultural events takes some beating in a cultural sense, as Vienna reasserts its reputation as one of the world’s great cultural cities, if not the name at the very top of that pile. The main courtyard of the MuseumsQuartier will once again be covered by the Winter Sky, the gorgeous shelter that also provides a canvas for the art installations of Lichttapete.

All this and a whole lot more is waiting at one of Vienna’s great Christmas traditions. Keep an eye on the official website (www.mqw.at) for up to date schedules and announcements of special events, and keep an eye out for the rotund guy in a red suit.