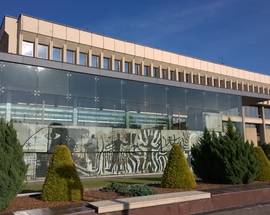 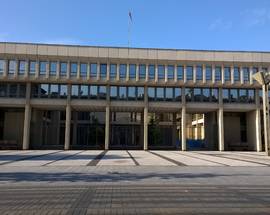 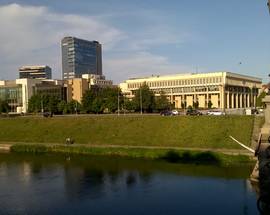 The work of the architect brothers Algimantas and Vytautas Nasvytis, the Lithuanian Parliament, known in the local vernacular as Seimas, dates from 1982 and is wholly unremarkable on the outside with the exception of the remains of the adjacent barricades built to defend the self-proclaimed independent Lithuanian Supreme Council building after Soviet forces tried to reinstate a Moscow-backed government with the storming of the Television Tower and other buildings in the early hours of January 13, 1991. Guided tours of the building are available in English during the week but must be booked at least two weeks in advance.