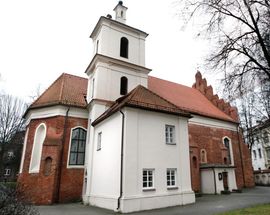 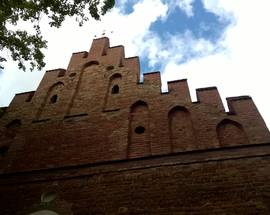 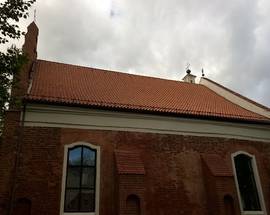 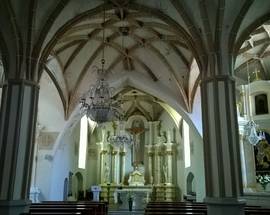 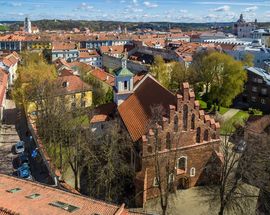 Pre-dating the country’s conversion to Christianity by some seven decades, Vilnius’ oldest surviving church was built in 1320 by German merchant immigrants. Mentioned for the first time in 1387, the classic red-brick Gothic exterior remains pretty much as it looked on the day it was finished although the interior's received many changes and additions through the centuries. During the disputed annexation of the Vilnius region during the interwar period, this was the only church in the city open to the city’s tiny Lithuanian-speaking Catholic community.