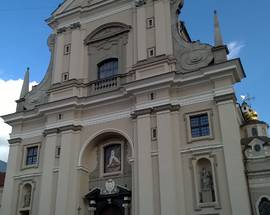 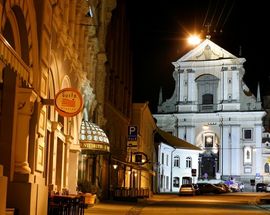 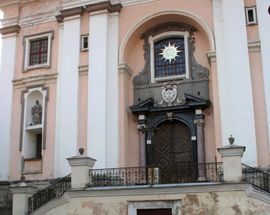 Probably ’ best surviving example of Early Baroque religious architecture, work on the first incarnation of St. Theresa’s was completed in around 1650. Built at the behest and expense of Deputy Chancellor Steponas Pacas, the idea behind the construction was to create the most beautiful church in the city, a fact that can clearly be seen by its elaborate façade, predominantly the work of the Swiss-born Constantino Tencalla (1610-1647). The predominantly Rococo interior, much of it added in the middle of the 18th century, is a riot of gold and pink.