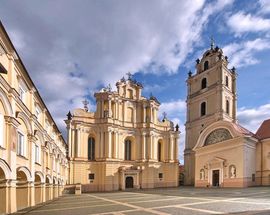 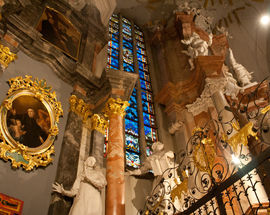 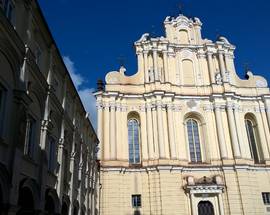 Built at the same time as Lithuania’s conversion to Christianity in 1387, with numerous alterations throughout the centuries, this fascinating church with a beautiful Baroque façade is dedicated to two Johns, namely the Baptist and the Apostle. Given to the Jesuits in 1571, on the dissolution of the Jesuit Order in 1773 it was handed over to the adjoining university. The building now contains elements of different architectural styles and boasts an extraordinary and predominantly Gothic interior whose crowning glory is its organ, parts of which came from the Belarusian city of Polotsk in 1831. The organ—the largest in the country—was completely overhauled in stages between 1974 and 2000 and is now the focal point of regular classical concerts.