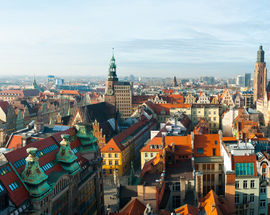 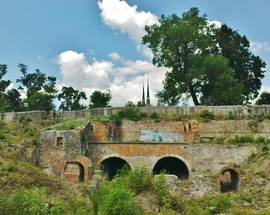 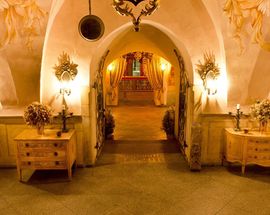 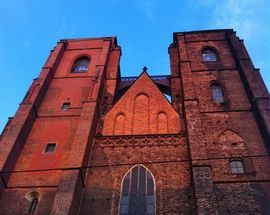 You’ll hear of Prague referred to as the city of a hundred spires, but it’s a description that can easily be applied to Wrocław. Crane your neck and you’ll find a horizon dotted with church towers soaring into the sky, though few grab attention like the Church of St. Mary Magdalene. This Gothic beast received a proper battering during the war, and its cupolas were never replaced after they went up in flames; neither was ‘the sinners bell’, allegedly the largest in Silesia. The two towers, standing like stunted tree stumps, are worth noting for the bridge that connects them. Known as the 'Bridge of Penitents,’ and standing 46 metres above ground, this overpass was added in the 17th century, and the shadows that swirl under it are reputed to be the ghostly forms of maidens who refused to do household chores, condemned in death to sweep the bridge for eternity. In 1887 a firework display staged here in celebration of the birthday of Kasier Wilhelm I ended with a bang when a misfired firework set light to the north tower. The bridge collapsed during the war, and was rebuilt in 2002.

Less obvious to the wandering eye are the crypts, tunnels and secrets of subterranean Wrocław. The depths of Partisan Hill formerly housed medieval torture chambers, and during WWII new underground fortifications were added to house the Nazi high command during the 1945 Siege of Wrocław. On the Rynek don’t miss a visit to Piwnica Świdnicka. These underground chambers are home to what is claimed to have been Europe’s first hostelry. Opened in 1519 previous guests include Chopin and Goethe, and a tunnel was allegedly constructed to link it with the brewery - also Europe's first. Elsewhere St. Mathias’ Church (pl. Bp Nankera) features a crypt that was once used to store the bodies of monks from the Czech Order of the Cross, while the catacombs underneath St. Adalbert’s Church are said to extend to the edge of the Old Town.

Take a peak across from the Racławice Panorama and you'll notice the ruins of a brick bunker. Like Partisan Hill, this is one of the few remainders of Wrocław's defensive fortifications and known as the Bricklayer's Bastion. Once fenced off for safety, the area has been cleaned up and even secured in recent years, with access to the tunnels that extend deep into the hillside and down into oblivion safely closed off. One such tunnel comes out below a tree on the riverside, and the site has inspired speculation that Wrocław may have an entire system of labyrinthine structures beneath it. Certainly the possibility isn't beyond question, especially in Lower Silesia where an elaborate network of dungeons and underground passages dating back to the 13th century was discovered in the town of Kłodzko as recently as the 1970s when an entire section of the market square suddenly caved in.