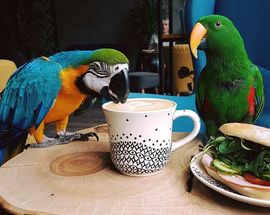 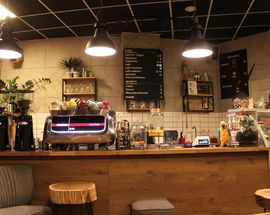 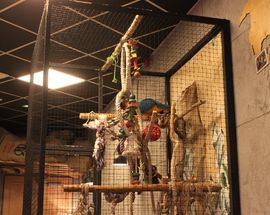 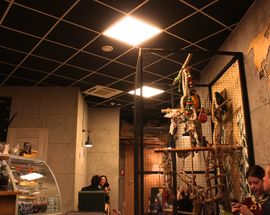 Cat cafes are passé (though those, too, you will find in Wrocław) - parrot cafes are the new thing, apparently. This small but hip place revolves around its two permanent residents, a blue-and-yellow macaw named Pablo and a parakeet named Jon, both of whom were the owner’s pets long before the cafe came into existence. They reside in a rather large floor-to-ceiling cage from which they occasionally emerge to sit on the staff’s shoulders and gaze at the guests, squeaking loudly or speaking gibberish from time to time. Though we can’t help but think they’d be happier in a rainforest, Jon and Pablo do seem content enough in this corner of the world, and they certainly help to make the Wrocław cafe scene a bit more colourful.