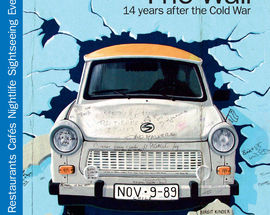 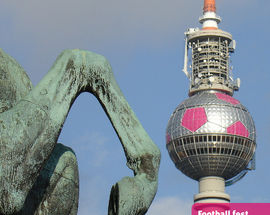 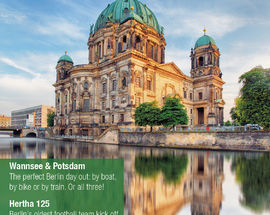 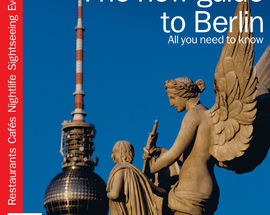 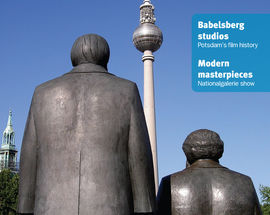 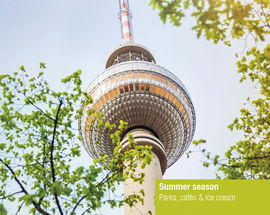 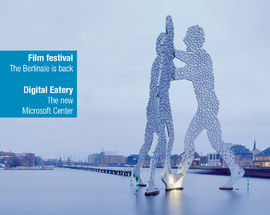 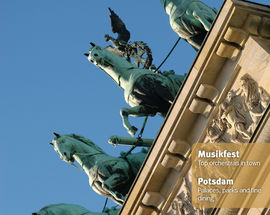 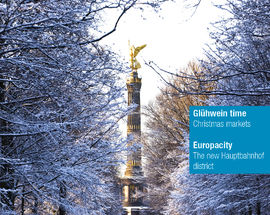 Milestones don’t come much more exciting than this. It has been a quite fantastic ride, but Berlin In Your Pocket has officially made it to the century, the ton, the big 1-0-0. This August and September 2019 issue is the 100th edition of Berlin IYP, 16 years of research, excitement, exploration and love, all geared towards helping you get the most out of this magnificent city. Has it been easy? Of course not, those cafes, restaurants, bars and pubs won’t review themselves, someone has to do it, but we’re more than happy to continue doing it for another 100 issues. Martyrs, we truly are…

Has Berlin changed since that famous red-bannered guide hit the stands in June 2003? That is a difficult question to answer — Berlin changes by the hour, after all. This is a city defined and renowned for its chameleon capabilities, a famous and historic capital that combines every strand of society, often from one street to the next. Berlin is constantly changing, but there remains something inherently ‘Berlin’ about it all, and our love for this wacky place remains as vibrant as it was all those months ago (194, to be precise).

Every issue of Berlin IYP is different and special in its own way, but of course we have our favourites. Looking back at the covers is a joy in itself, and we’ve been lucky enough to feature some truly special photographs over the years. Whether its the Berlin Wall graffiti of #6, the soccer symbolism of #22 or the arresting multi-coloured skies of #45, #47, #84 or #94, we can’t be accused of lacking taste when it comes to covers.

Berlin IYP #13 was our 2nd Christmas issue, but this November/December 2004 edition also marked the 15th anniversary of the Berlin Wall coming down. 15 more years have passed since this guide, making it a whopping 30 years of non-Wall life in the capital, but it remains ingrained on the memories of Berliners of a certain age. This guide had a special feature on the fall of The Wall’s Fall, with exhibitions, history and more.

Can you believe it has been 13 years since Germany hosted the 2006 FIFA World Cup? Terrifying. Berlin IYP #22 celebrated this occasion with one of our favourite guides, an issue that started strongly with one of our best covers, a photo of the hooves of the horse statue seemingly kicking the ball of the TV Tower. Germany was disappointed with its third-placed finish, but we have fond memories of this great summer.

Issue 52 was another important milestone in Berlin history, as it marked 50 years since the beginning of the construction of the much-hated Berlin Wall. This was covered in the August/September issue of 2011, eight years back from this very edition, although the anniversary of the Wall was joined on the front page by a little bit of attention for a Star Trek exhibition in Potsdam. We are nothing if not varied here at In Your Pocket.

The iconic TV Tower graced the cover of Berlin IYP #73 (as it has done in a quarter of our issues), but it was the springtime double hit of the Berlinale and the ITB Travel Fair that made the headlines. The tourism extravaganza is the largest in the world, and the 2015 version partnered with Mongolia, once the largest land empire in the world. Coincidence? It is difficult to tell.

So here’s to 100 issues of Berlin In Your Pocket, and hundreds more to come. The world has changed since 2003, Berlin has changed since we began typing this love letter, but our passion for this most iconic and incredible of cities remains the same. Prost!