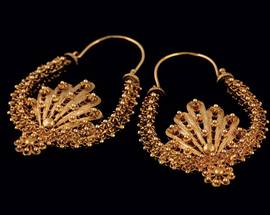 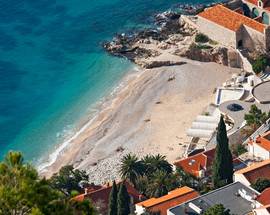 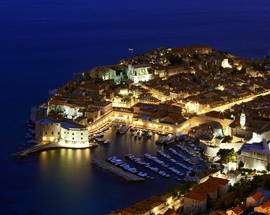 An old-fashioned Croatian wedding can be a picturesque affair. Wedding customs often differ according to the region. Some of the old customs at weddings in the Dubrovnik region sound pretty risky to us, so perhaps it’s just as well that times have changed in some ways. But especially in the hinterland, you might find old habits linger to this day…
Probably because of the fact that this part of the world was invaded so many times, weddings had a semi-military aspect which meant the conspicuous involvement of firearms - bringing a whole new meaning to the term “shotgun wedding.” The groom had a group of “best men” (called svatovi) who would form a guard of honour in front of the church in readiness for the bride’s arrival. When she did, they would start shooting like crazy, so it’s safe to say you needed earplugs, a flak jacket and nerves of steel as essential kit when attending a local wedding.
In the Dubrovnik region the bride also had a band of svatovi, women with a role similar to maids of honour. Disappointingly, their role did not include brandishing live firearms but it did involve giving a running commentary on every aspect of the wedding in song, which was perhaps even more frightening.
In the old days it was customary for a bride to leave her home and move in with her husband and his family. Some of the more picturesque traditions involve preparing the bride for this moment and invoking good fortune for her new life. The bride’s clothes would be packed into a trunk, and her husband-to-be would climb onto the trunk the Thursday before the wedding with a glass of wine in hand, ceremonially spill a drop onto each of the four corners of the trunk, then dash the glass on the ground. What this meant we’re not sure. It’s easier to interpret the spoonful of honey given to the bride by her new mother-in-law, to give a sweet taste to her new life.
The wedding itself would be accompanied by all sorts of silly games like hiding the bride and putting an impostor in her place. And on leaving the church the real fun would begin. The wedding procession would leave the church and head for the bride’s new home. The villagers along the way would greet the party enthusiastically and offer food and drink. The wedding party in its turn offered the villagers apples and sweets. Fun and merriment was to be had by all – a wedding was the high point of the year and was looked forward to by all.
To this day you’ll still find people observing a few of the old customs, and much of the music played goes back for generations. Traditional wedding clothes are particularly colourful, featuring elaborate embroidery and plenty of red and gold colours.
If you’re thinking of special location for your wedding, Dubrovnik is certainly one of the most romantic places to tie the knot, with the old city around you and the spectacular coastal setting. If you’re contacting a local company to help you make the arrangements, why not ask if you could incorporate any traditional local elements? That would make it an event to remember and one entirely in keeping with its surroundings.

Fishing on the Adriatic feature
Croatian Inventors: Great Minds from a Small Country feature
Did you know? feature
see more