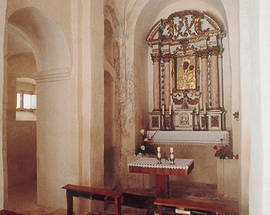 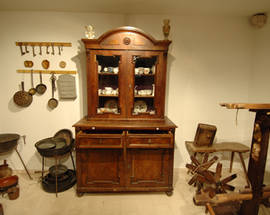 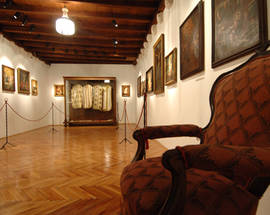 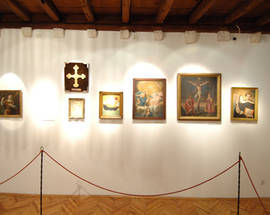 To find this pink little baroque confection, you have to enter what looks like someone’s garden off an intimate side street. There was probably a church on this spot well before its first mention in the 12th century. Franciscan nuns established their convent here in the 13th century, and the adjoining museum contains household objects they used in order to support their order (e.g. needlework), as well as liturgical utensils and artworks, including two wax dolls of the baby Jesus (Bambino). At one time, every Dubrovnik household had such a doll, which was especially venerated at Christmas time.