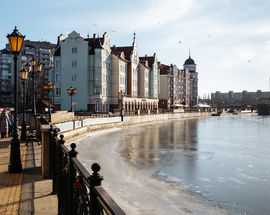 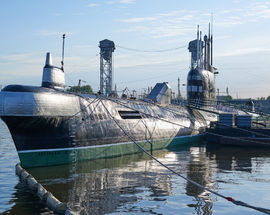 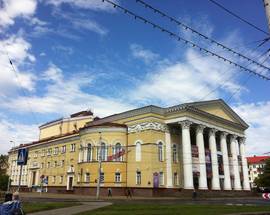 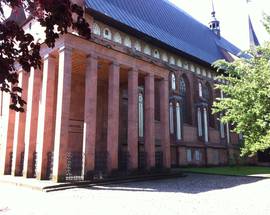 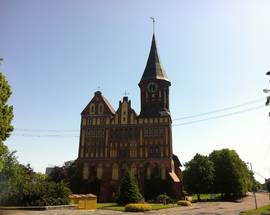 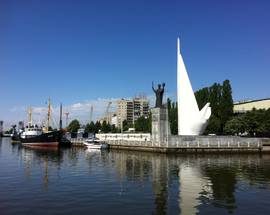 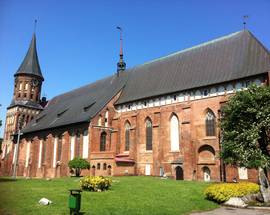 Sandwiched between Lithuania and Poland, it’s fair to say many overlook the fact that there's a little piece of Russia squeezed into the area occupied by the European Union.

Once the seat of the Teutonic knights, what was once the grand Prussian city of Königsberg now offers a surreal, unique experience to the more intrepid traveller. Having been obliterated during the Second World War, Königsberg became Kaliningrad in 1946 and part of the Soviet Union. As home to the Baltic Fleet, the Oblast was closed to outsiders for most of the next half a century. When the Baltic States declared independence in the early 1990s, Kaliningrad found itself cut off from the rest of Russia and then with the accession of neighbours Poland and Lithuania to the European Union in 2004, Kaliningrad became that little part of Russia surrounded by the EU.

Kaliningrad has seen major investment in recent years, not least to modernise the city’s infrastructure ahead of it hosting matches in the 2018 FIFA World Cup Finals. The city is definitely on the up and can already boast a surprising number of attractive parks and gardens, some surviving remnants of the city’s German heritage and an interesting selection of war time monuments and museums. And that's not all. The Oblast's location attracts Russians from all over the vast nation both to holiday and to live.

There’s more than just the city of course. Nearby, Svetlogorsk is a verdant coastal spa resort which has lost none of its charm while the Kursche Spit is a beautiful sand peninsula extending nearly 100km (63 miles) along the coast - a rich habitat for plants and animals. And then there’s Amber. The Kaliningrad region is home to the largest reserves of amber anywhere on the planet and you can see it being mined and shaped into beautiful objects.

The city is a fascinating living lesson in history as well as a collection of contrasts. It’s proudly Russian but its major sights and history are predominantly German. It is a city of sprawling, run down communist era apartment blocks but the vast majority of people seem to drive sparkling, new SUVs. Armed with patience, a spirit of adventure and an open mind, Kaliningrad is a challenging, unforgettable and ultimately rewarding destination.