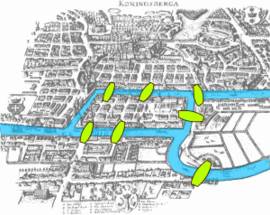 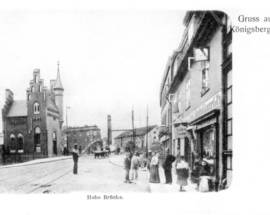 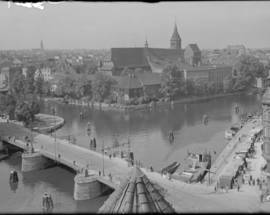 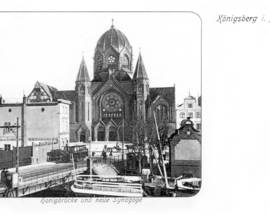 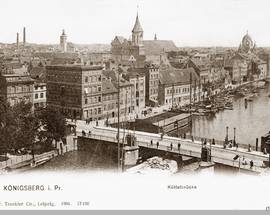 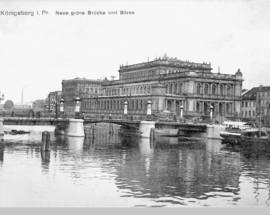 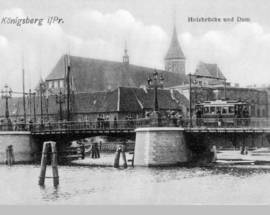 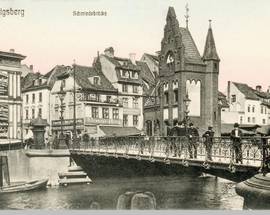 You can never have too many bridges... or can you? If you're up on your maths then you may already be familiar with Königsberg's peculiar seven-bridge conundrum, addressed upon challenge by Swiss (and presumably frustrated) mathematical mastermind Leonhard Euler in 1736. If not, prepare to be bamboozled!

Basically, as the undisputed hub of Königsberg life back in the day, Kant Island (Kneiphof) had five bridges leading off across the River Pregel. With a further two crossing separate branches of the river from the peninsula to the east of the island, that makes seven in total. Lovely, we hear you say, but what's the point? Well, Euler's inherited issue with this lovely set-up (and which his wife must've been delighted about on their relaxing Sunday constitutional) was whether it was possible to take a walk which would incorporate crossing all seven bridges but only once each. As it turned out, it wasn't.

The eventual resolution of the problem, in abstract form by pencil rather than painful form by foot, was however of major significance and allowed Euler to lay the cornerstones of graph theory.

So what about the bridges themselves? Unfortunately, the four leading off Kant Island to the north and south have been lost since Euler's time: the Blacksmith Bridge (which was on the north-eastern corner, roughly where Kant's Tomb is now) and the Giblets Bridge (on the opposite side of the cathedral) being destroyed by Allied bombing during WW2. The Shopkeeper Bridge (heading off from the northwestern corner towards Königsberg Castle and, nowadays, the House of the Soviets) and the Green Bridge (which ran over to the Königsberg Stock Exchange, now the Palace of Culture) were incorporated into the huge concrete Leninsky Prospekt flyover in the 1970s.

The only surviving one to reach Kant Island then is the lovey-dovey, padlock-adorned Honey Bridge, which connects the Cathedral with the Fishing Village and which was a little too close to Giblets Bridge for our liking! The other two still in existence are the Wooden Bridge (going north from the peninsula over to the Baltic Fleet Memorial) and the High Bridge (situated down to the southwest, beyond the Fishing Village). The latter of these is not the original but was rebuilt by the Germans in the 1930s. So there you go, the Seven Bridges of Königsberg (two of which are the same as in Euler’s time) explained and if that doesn't inspire you to get into graph theory then nothing will!
Bridges