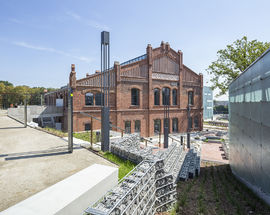 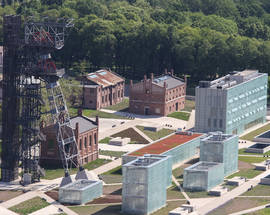 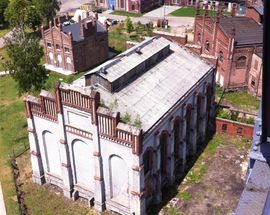 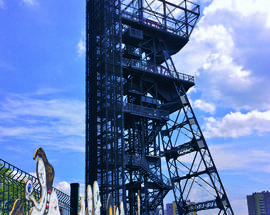 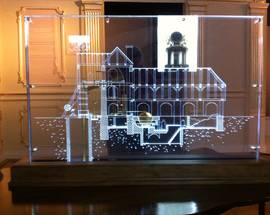 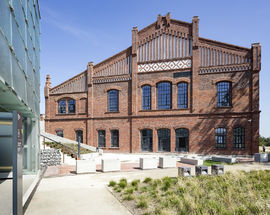 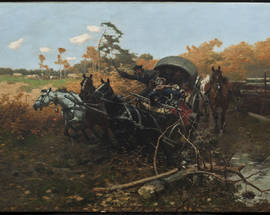 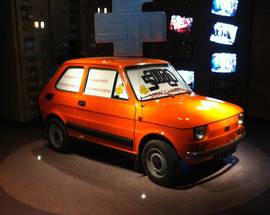 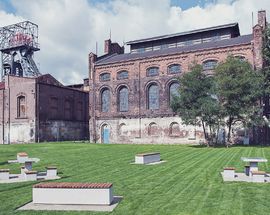 One of the most impressive and most important recent investments in Katowice was the opening of the new home of the Silesian Museum on the site of the former Katowice Coal Mine, just north of the Rynek, in phases beginning in 2015. Today anchoring the city's 'Cultural Zone,' the incredible scope and quality of the museum's exhibits, combined with the museum’s innovative architecture and adaptation of the subterranean chambers of the former mine, make this one of the city's top attractions.

Approaching the Silesian Museum from the city centre, the first visible element is the former mine's prominent mine shaft hoist tower. There are dozens of such towers spread all over Silesia and many of them remain operational to this day. This particular mine shaft hoisted its last load of black diamonds in 1999 when the entire complex was closed for good after operating for 176 years and hauling over 120 million tonnes of coal. Today, this impressive steel structure has been adapted into an elevator-accessible viewing tower which offers spectacular views of Katowice and other close-lying Silesian suburbs (open dependent on weather conditions). 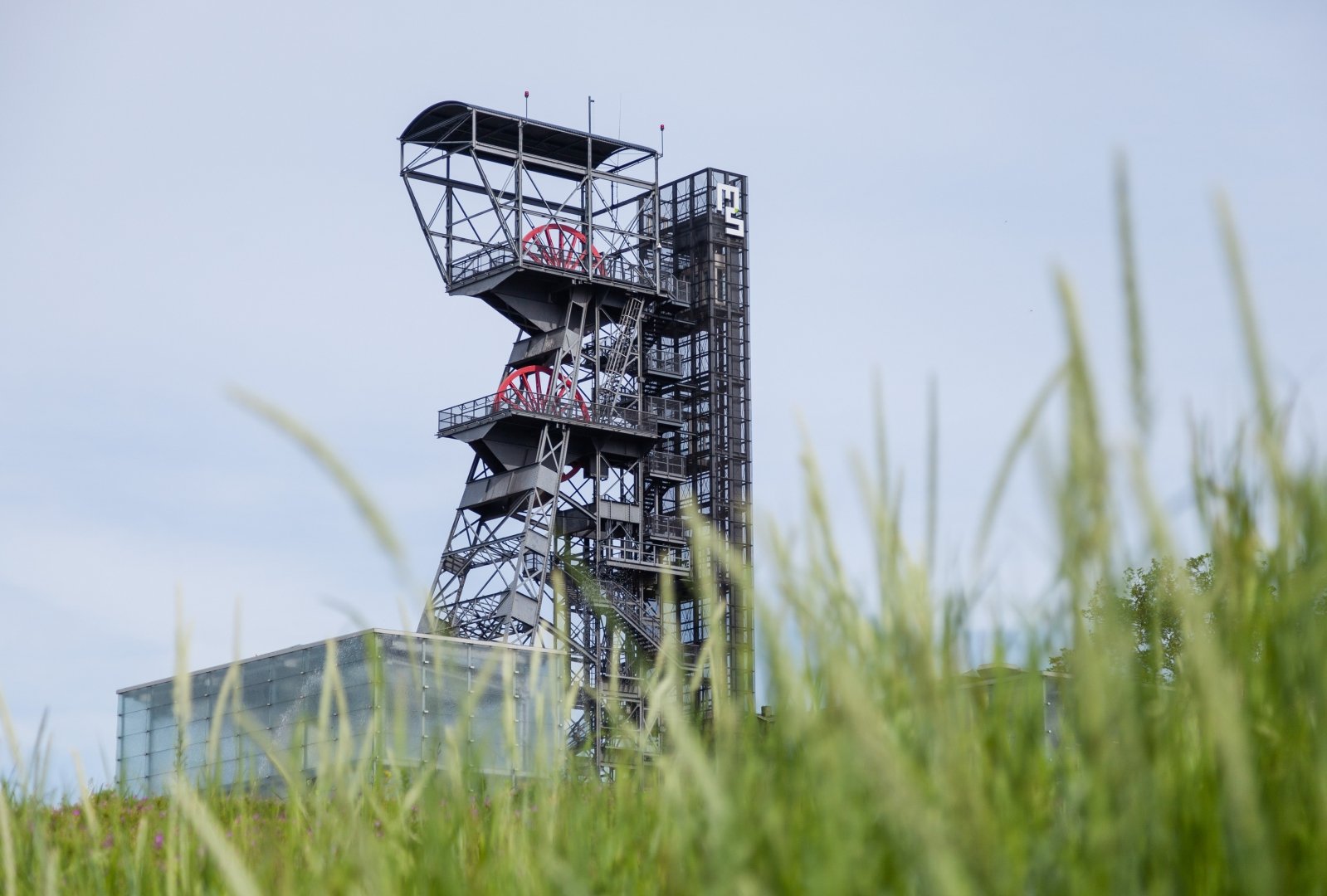 The next striking feature you will notice are the large transparent glass buildings that cover the entire expanse of terrain. Their presence offers a thoroughly modern counterpoint to the 18th century historical buildings which make up the rest of the museum’s exhibition space. There are six main ‘buildings’ (both old and new) that make up the Silesian Museum campus a few of which have yet to be opened to the public. The main entrance to the permanent exhibitions is in the largest of the glass buildings (marked "G" on the museum brochure).

Descending into the subterranean chambers of the Silesian Museum the impressive interiors open up before your eyes. The main museum is spread out over four underground levels and has a floor area of nearly 25,000 m², of which 6,000 m² is devoted to exhibition space (both permanent and temporary) - all of which has been adapted from the former tunnels, shafts and workshops of the Katowice Coal Mine. The entrance to the museum is on the -2 level.

With seven permanent exhibits, and - we kid you not - potentially up to a dozen temporary exhibits (some of them outstanding) going on at any one time, it simply isn't realistic to see the entire museum in one visit; you really need to find out about the various exhibits and prioritise your interests. The museum's temporary exhibits are typically covered in our events section, and can also be seen on the museum website here. Below is a rundown of the Silesian Museum's permanent exhibits. All of the exhibits are subtitled in Polish, German and English and well worth your time.

Gallery of Polish Art 1800-1945
An absolutely stunning collection of paintings by Polish and Silesian masters including Jan Matejko, Stanisław Wyspiański, Olga Boznańska and Józef Mehoffer. Wandering through the spacious galleries you quickly realise that there is an abundance of natural light illuminating the space and the function of the giant mysterious glass buildings up top becomes abundantly clear. 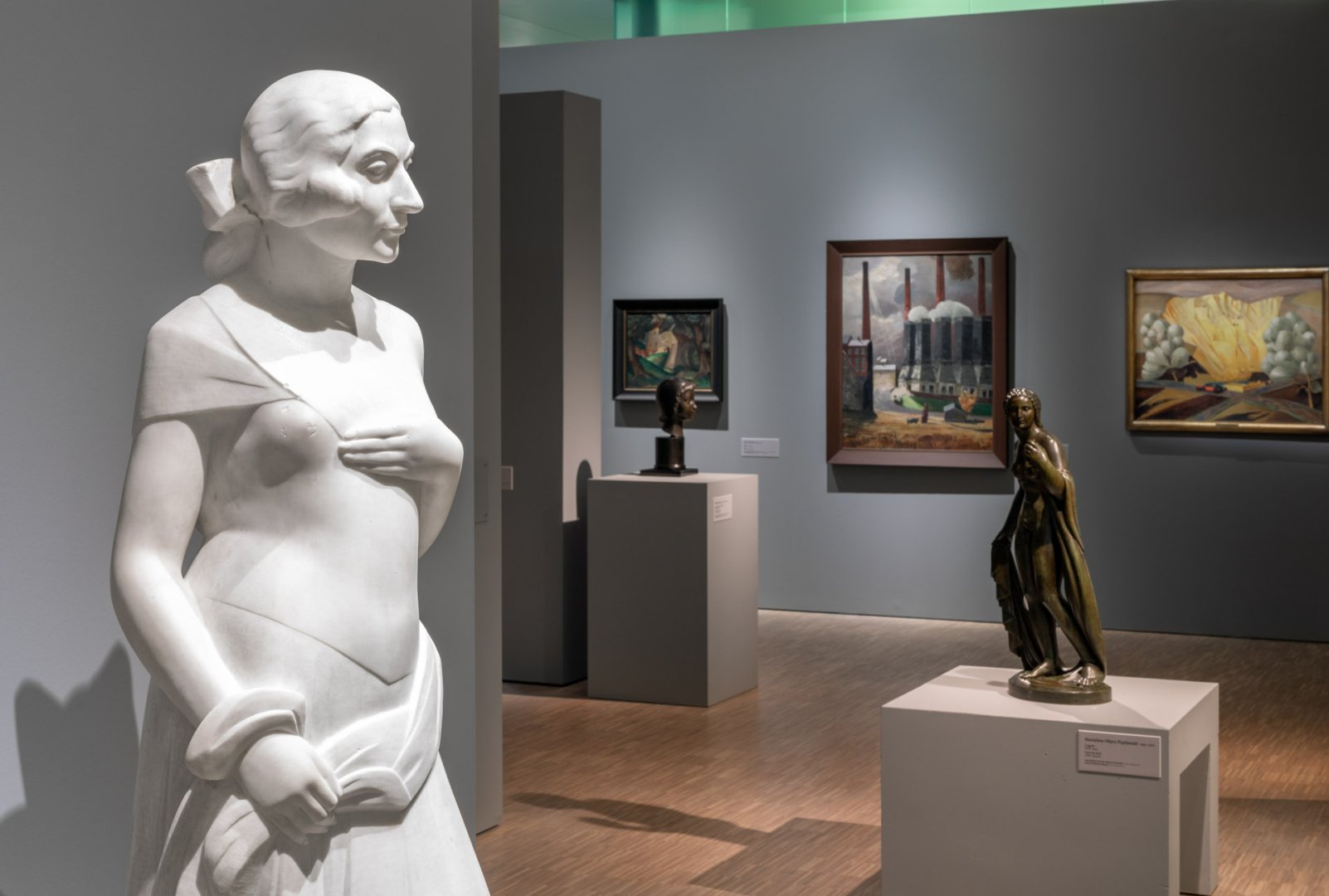 Gallery of Polish Art after 1945 (currently CLOSED, reopening in spring 2023)
The historical portraits, landscapes and depictions of daily life take a turn for the impressionistic and surrealistic in this more contemporary art exhibit. For fans of modern and conceptual art you will find many impressive works demanding your time and attention. Look out for the striking works of Tadeusz Kantor and Władysław Hasior, Zdzisław Beksiński, Jerzy Nowosielski and the Łódź Kaliska Group.

Gallery of Non-professional Art (Galeria plastyki nieprofesjonalnej)
Non-professional art (aka 'naive art,' 'outsider art' or 'art brut') has had a strong presence in Silesia since the industrial revolution and is implicitly tied to Silesian history and identity. The colourful works in this collection reflect the Silesian holy trinity ethos of “God, work, family.” Especially important to note are the works of the members of the Gwarek 58 group many of which are implicitly tied to the Katowice Coal Mine itself. Also of note are the fantastical works of the so called “Outsiders.” 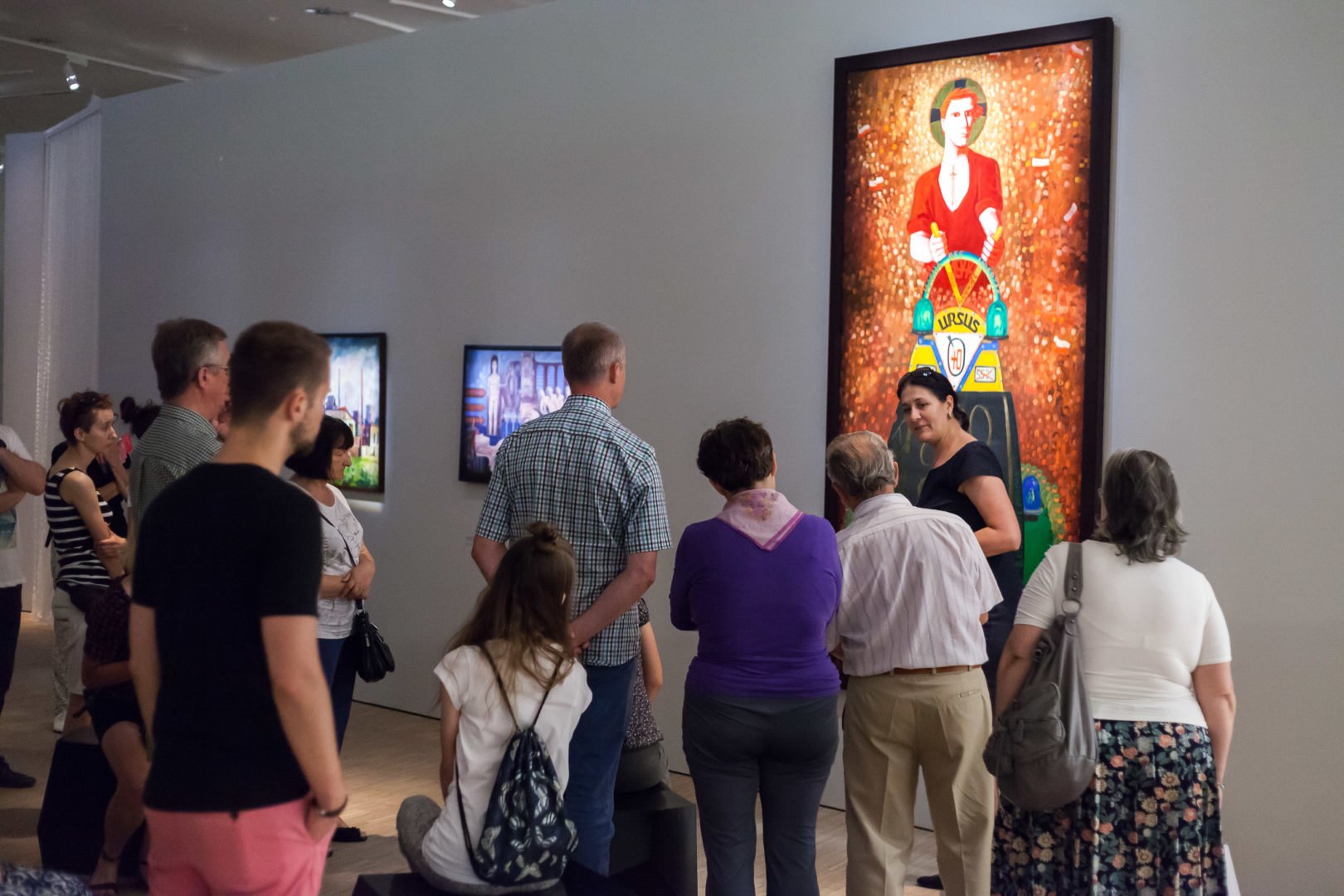 Gallery of Silesian Religious Art (Galeria śląskiej sztuki sakralnej)
Sculptures, painting and handcrafted items from the Gothic to modern times which were made to adorn Silesian churches, mainly by workshops in Krakow, Wrocław and Prague. The gallery combines the collections of the Silesian Museum and the Katowice Archdiocese Museum. 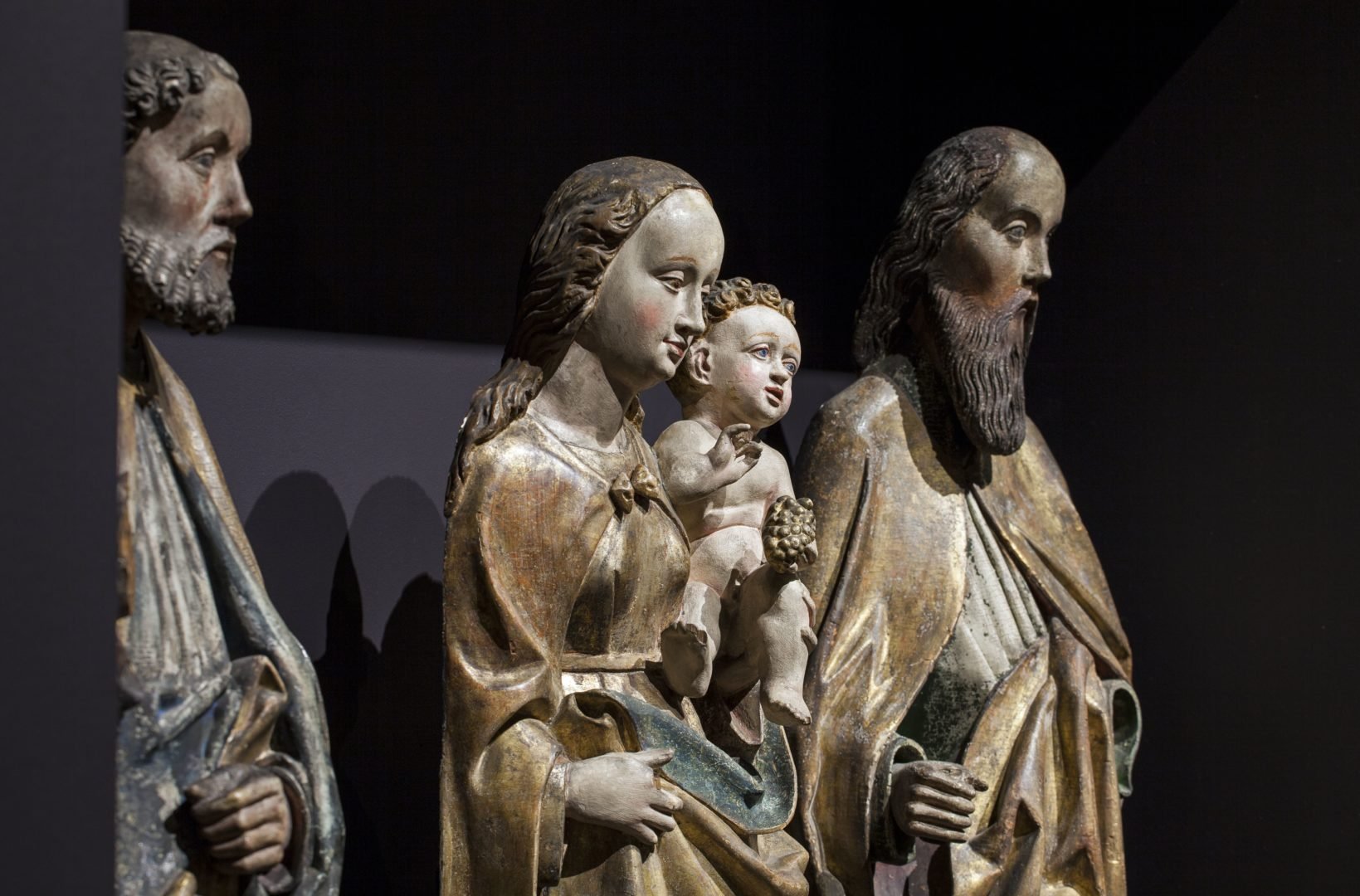 The Light of History: Upper Silesia through the Ages
This excellent historical exhibition recounts the story of Upper Silesia from ancient times to the political-economic transformation of 1989. In the symbolically significant space of the former coal mine, the exhibit explores how Upper Silesia has been shaped by industrialisation, beginning with the steam machine set in motion in Tarnowskie Góry in 1788 (the first in mainland Europe!), and proceeds to tackle the complexities of Silesian identity, the rise of Polish national consciousness, eminent inhabitants of Silesia, major events during the Silesian Uprisings, the plebiscite, and the interwar and WWII years. The post-war trail follows major points such as the Upper Silesian Tragedy, the falsehood of Communism, social and demographic transformations, the Solidarity movement, martial law and the tragedy in the Wujek Coal Mine, and finally the decline of the Polish People’s Republic. Arguably the most informative and enjoyable historical exhibition we've ever visited, we strongly believe this one should be required viewing for every Silesian, Pole and indeed tourist that steps foot on Silesian soil. Don't skip it. 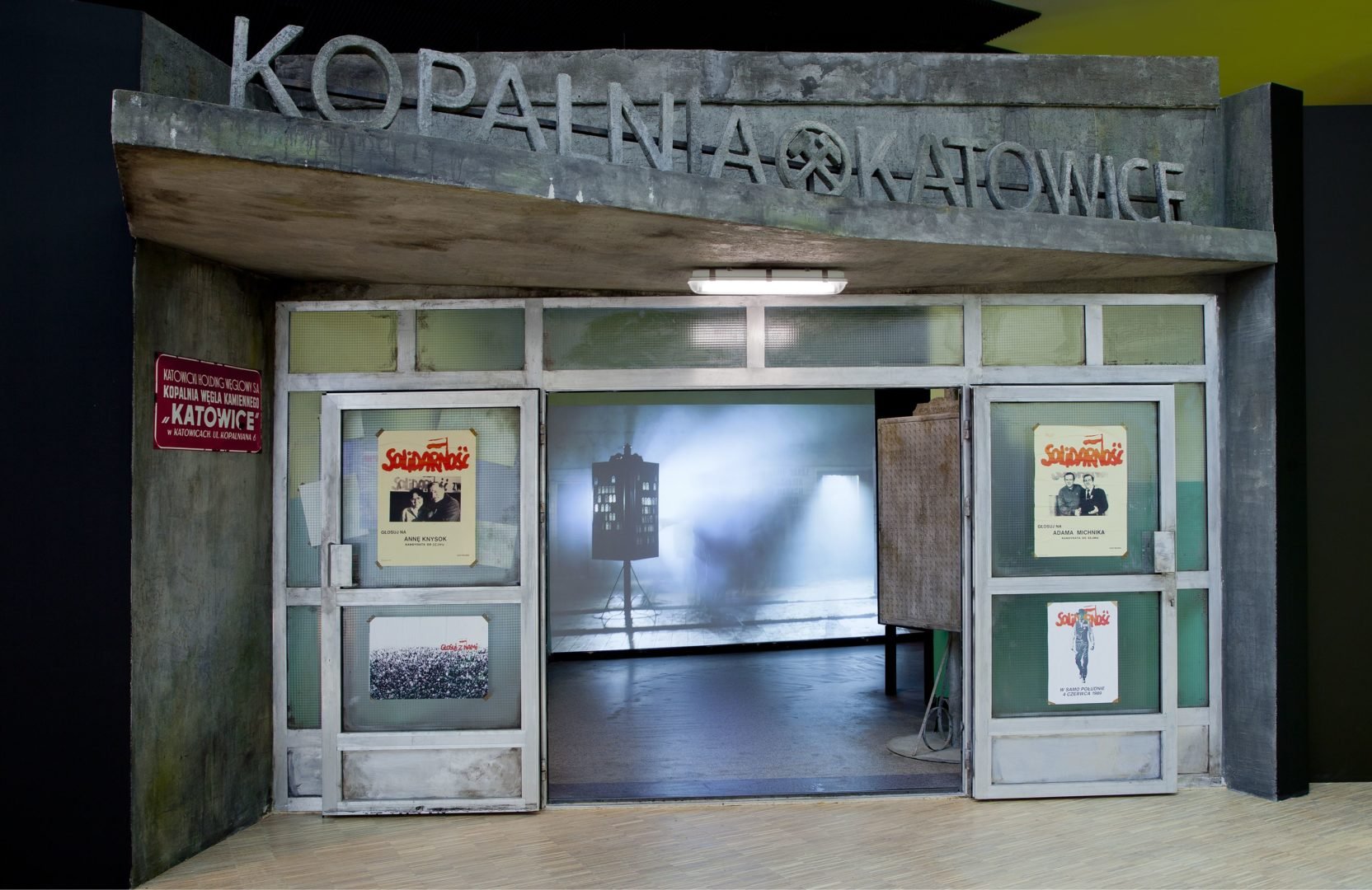 Laboratory of Space: The Past in the Present
This exhibition highlights major achievements of European theatre, from its roots in antiquity through to the quests of contemporary theatre, including costume design, scenery, lighting and staging. 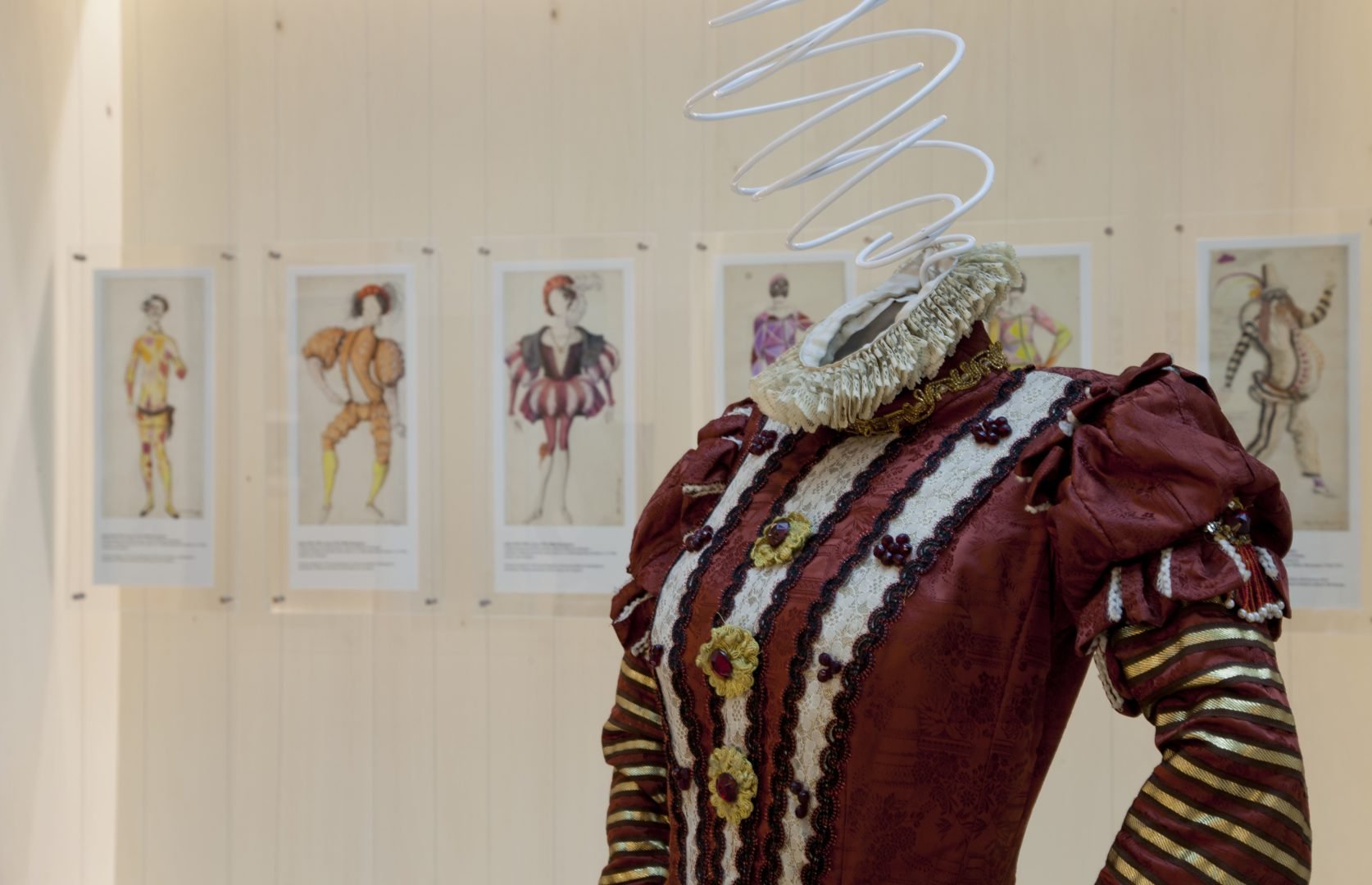 In Search of Tomek (separate ticket required: 14/9zł; family ticket 35zł)
This special educational space for families with young children is based on the classic Tomek series of young adult books by Alfred Szklarski. Following the character across five continents, kids can discover the rich traditions of distant cultures, as well as the flora and fauna of unknown nooks and crannies of the globe, while solving creative challenges. 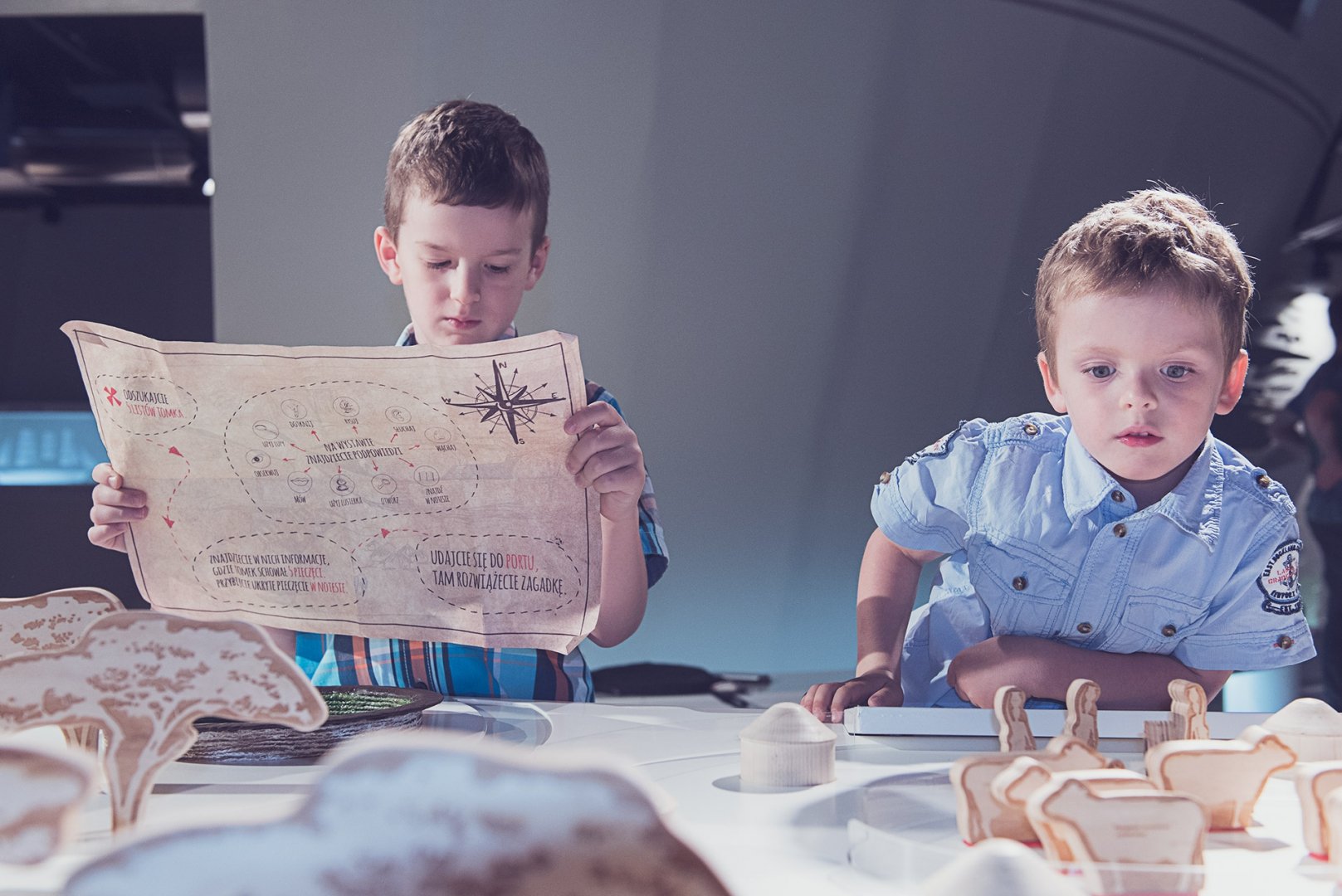 In addition to exhibits, you'll also find the massive Silesian Library, the stylish Moodro Bistro & Cafe (located in Building A), the elegant Moodro Restaurant across the courtyard from it, and a fabulous gift shop selling all kinds of catalogues, books, art and super Silesian swag.

ul. Tadeusza Dobrowolskiego 1 (Silesian Museum)
/katowice/moodro-bistro-cafe_140574v
The Silesian Museum has a lot to offer both tourists and locals alike and that includes its gastronomic offers. If you make the entire journey through the subterranean exhibits a
see more

ul. Tadeusza Dobrowolskiego 1A (Silesian Museum)
/katowice/moodro-restaurant_140498v
Not to be confused with the Bistro/Cafe of the same name across the courtyard in the main museum complex, this is the much larger and more elegant restaurant in the old Machinery Building of the Silesian Museum. The refined exposed brick interiors with l
see more

Al. W. Korfantego 3
/katowice/silesian-museum-the-grand-hotel_32655v
Housed inside a glorious neo-Renaissance turn of the century hotel, the former headquarters of the Silesian Museum (1984-2015) dates back to the 1920s. There are only temporary exhibitions now as the permanent collection has been moved to the new Sile
see more

31.07.2017
Marek
Gliwice, Poland
Muzeum Śląskie (Silesian Museum) is undoubtedly a must-go place in Katowice. The whole area features great architectural design while respecting Silesian history. As a museum it offers a great amount of impressive art collections with meticulous information about them!
Take your guide with you Download a pdf