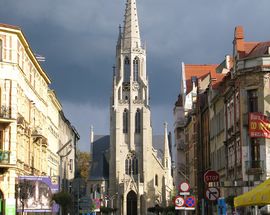 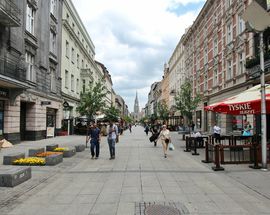 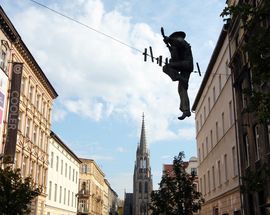 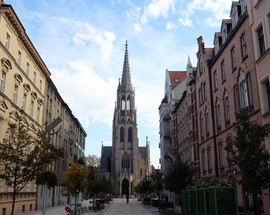 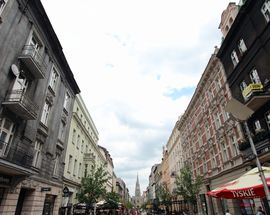 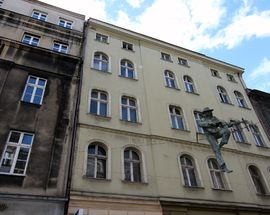 This is Katowice's main high street, located a mere 5 minute walk from the Rynek (market square), and arguably a better starting point for visitors than the city's market square itself. It's best to think of Mariacka as not only the central 'strip' of the city's bar scene, but also a magnet for the surrounding area, which is a hotbed of pubs and clubs, cafes and restaurants. Charming, relatively calm and clean by day, at night Mariacka becomes a hotbed for partiers and anyone looking to feel the pulse of the city. In summer, there are beer gardens aplenty, and in winter, despite the cold, people still flock here to get their drink on.

Exactly 378m long, Mariacka was laid out in 1875 and stretches three city blocks before terminating at St. Mary's Church (Kościół Mariacki), from which the street's current name hails. Originally named Holtzestraße after local doctor, statesman and city co-founder Richard Holtze, the street has been known as ul. Mariacka since Katowice became part of Poland following WWI, with the exception of WWII, during which Holtze's name was reinstated. Once lined with drab buildings and parked cars on both sides, but also littered with strip clubs and dubious massage parlours, in 2008 Mariacka was utterly transformed from a seedy side-street into the pedestrianised high street it is today, with new lamps and benches and a more modern aesthetic making way for a more classy crop of tenants. While some still complain that the sheer number of cheap bars in such a short stretch impacts the overall atmosphere of the street, the truth is that this is a street of two extremes. The western half, starting at ul. Mielęckiego, is where the majority of the bars are, whereas the closer you get to the church, the atmosphere gradually changes as nicer restaurants and cafes reign, providing a calmer, more pleasant experience.
Show on map

ul. Mariacka Tylna
EDITOR'S PICK
/katowice/ul-mariacka-tylna_153883v
For Katowice, ul. Mariacka Tylna ('Mariacka rear', which runs parallel to the main ul. Mariacka) is the Mecca of street art in the city.  Here, walking from one end to the other is like an outdoor art gallery, with walls on both sides of the street adorn
see more
Editor's pick

ul. Mariacka Tylna 1
/katowice/miscellaneous-art_153457v
The underpass found at the beginning of ul. Mariacka Tylna (linking it to ul. Wojewódzka) is at times a graffiti mess, and at times, a place to showcase new street art installations. Magda Dorbczyk created murals here in 2011 showing depictions of Silesi
see more