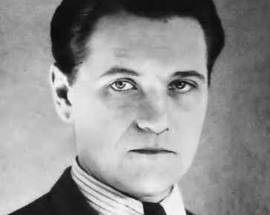 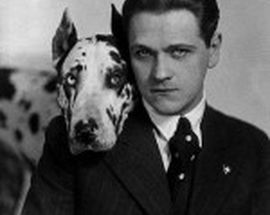 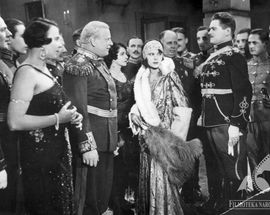 One chap you’re unlikely to have heard of is veteran actor Eugeniusz Bodo. Born in 1899, Bodo's father opened the Urania cinema in Łódź in 1910, sparking his early interest in showbiz. By the time the war finished he had become a familiar name on the stage, but his big break came in 1925 when he was cast as the genius in the smash hit Rywale. Accolades and awards followed; in 1932 he was named King of Polish Actors, and in 1936 he was named King of Fashion. His dashing looks and flirty manner made him a nationwide heartthrob, and his army of admirers weren’t disappointed when his marriage to the eccentric Tahitian actress Anna Chevalieur crumbled due to her roaring drink problem; his own vices were a little less murky (the Polish Clarke Gable preferring to spend his spare time engrossed in needlework).

Not that he left much time for himself – aside from starring in films Bodo launched two production companies, wrote seven screenplays and penned five soundtracks. In 1939 he opened Café Bodo, a trendy Warsaw drinkery that became an important source of income for actors who found themselves out of work. The café was eventually requisitioned by the fascists to serve as a German-only establishment, prompting Bodo to head east to Soviet controlled Lvov. It was here he joined the Tea Jazz band led by Henryk Wars (who would later go on to write the music to Flipper), though he soon found himself on the wrong side of the law. Arrested by the NKVD for alleged espionage, Poland’s biggest star of the inter-war period found himself packed off to the Gulag. The end of his life is as foggy as the start, with several contradictory accounts of his death. Depending on who you believe he either starved to death, was executed or died from exhaustion, but most sources agree he passed away on October 7, 1943.