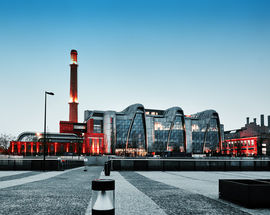 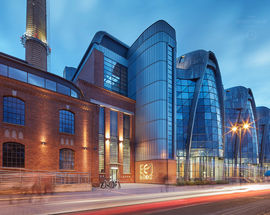 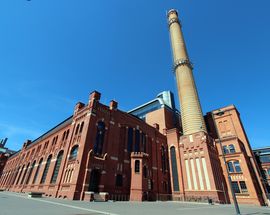 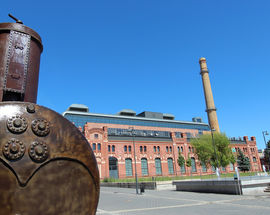 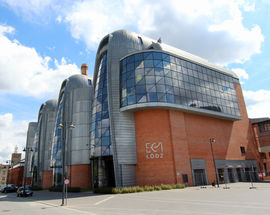 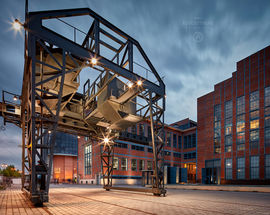 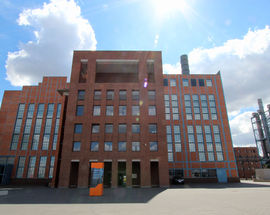 The second stage of one of the most monumental architectural, industrial, scientific and cultural structures in all of Europe is now complete. The building is known to us mere mortals as EC1, a city within the city, and the east and west wings of this impressive space are now open for business. The mere presence of these glorious structures has already dramatically changed the physical landscape of Łódź's city centre. It is hard to believe that just a few years ago EC1 was a disused and decrepit factory, towering behind the filthy Fabryczna train station like an ugly thug. Its transformation, and the entire urban renewal project that encompasses the ongoing renovation of the now underground Fabryczna train station, is nothing short of remarkable.

The story goes like this: In February 2007 Łódź city authorities finally decided to do something about the dreadful state the town found itself in (the phrase 'post-industrial wasteland' comes to mind). In co-operation with the World Arts Foundation they handed the job of drawing up the master plan to Rob Krier, a Luxembourg-born architect with a string of accolades to his name. What he came up with was a complete restructuring of the area between ul. Kilińskiego, Kopcińskiego, Narutowicza and Tuwima. He consulted with many Polish and international designers and prominent artists (David Lynch was originally attached to the project), and his final design - while revolutionary and modern - also incorporates many of the industrial elements that define the city's architecture. EC1 itself is actually the local name for the former electric factory. Originally constructed in 1907 the plant supplied power to the city up until 2001, after which it was allowed to fall into disrepair.

The project to breathe life back into the EC1 complex was divided into several stages with the plant and surrounding areas split into sections with the aim to provide a real cultural experience; a place, if you will, to think and to experience – a city within a city. As we mentioned earlier, EC1 East is the first building to be opened to the public. It serves as a cultural space hosting workshops, art exhibitions and other various cultural events. In this part of the factory there is also a Planetarium, voted top spot in the National Geographic's 7 Wonders of Poland competition 2016. Also, EC1 East is home to the National Centre for Film Culture and next to it, the Łódź Film Commission.

The adjacent EC1 West, as of January 2018, houses an interactive Centre for Science & Technology - which primarily hosts a permanent exhibition consisting of interactive devices and displays that enable the public to take part in activities, experience, observe and study the phenomena of various physical and chemical reactions as well as examine many biological structures up close. The Centre also has selected exhibits covering other disciplines such as the humanities, archaeology, palaeontology and the social sciences. If that's not enough, it also has a 3D Omnimax Cinema complex which is one of the most advanced in Europe, projecting films in stunning 4k resolution.

The full name for the entire complex gives credence to its true scope: EC1 Łódź - the City of Culture. Even though it is yet to become fully operational (Death Star references are wholly appropriate), the current state of the project is more than worth your time; at the very least you can poke around and take some great selfies. Head to www.ec1lodz.pl to see photos and stunning visualisations of what is yet to come.

ul. Targowa 1/3 (entrance from ul. Wojciecha Jerzego Hasa)
/lodz/centre-for-science-technology-ec1_152666v
Step by step, bit by bit over many years, EC1 has gradually come to life. Allusions to the Death Star were frequent for a long time, however, EC1 has steadily cre
see more

ul. Targowa 1/3
/lodz/planetarium-ec1_138588v
At EC1 East the first major attraction opened its doors in 2016 to the public after much anticipation. The Planetarium is one of the most modern and technically advanced spherical projection cin
see more