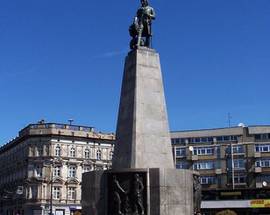 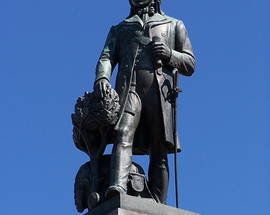 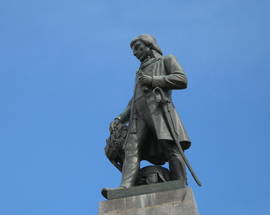 Dominating the north end of Piotrkowska stands the towering figure of Poland’s most celebrated revolutionary. As the driving force behind the 1794 insurrection against foreign rule Tadeusz Kościuszko's finest moment came in the Battle of Racławice where his band of peasant soldiers scored a historic win over the Russian army. His life also saw him fight with distinction in the American War of Independence, and his work on American fortifications made a significant contribution to victories over the British at Saratoga and Ticonderoga. The statue, designed by Mieczysław Lubelski, was erected in 1930, but was demolished in 1939 by occupying Wehrmacht forces. It was rebuilt in 1960.