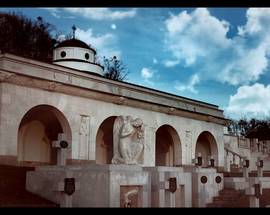 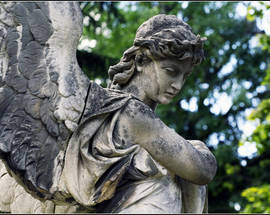 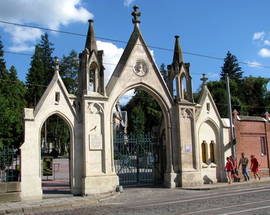 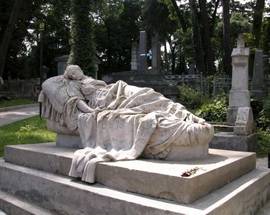 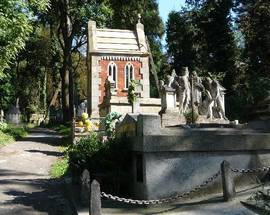 Arriving in a city for the first time, most sane travellers don’t head straight for the local cemetery. But Lviv is unique in many ways, and one of the city’s most distinctive, beautiful and historic locales is the Lychakivs’ke Cemetery. Believe it or not, this is an ideal location to begin your exploration of Lviv’s diverse history, fascinating culture and stunning art: what Père Lachaise is to Paris, Lychakivs’ke is to Lviv.
Officially established in 1786 by Austro-Hungarian authorities, the first burials actually took place in the 16th century. Since then, more than 400,000 inhabitants have been laid to rest beneath these hallowed and enigmatic grounds. Grave markers hold mournful tributes inscribed in Ukrainian, Russian, German, Polish, Armenian and Latin - evidence of the city’s diversity and turbulent past. Throughout the 19th century, plots were reserved by elite and middleclass families, artisans, scientists, spiritual leaders and politicians. For obvious reasons, this trend shifted during the Soviet era, and resulted in a fascinating contrast: wedged between ancient chapels and elite family crypts stand simple monuments, tributes to departed communists.
Communal graves of soldiers and freedom fighters can also be found. The most renowned is the grave of the Lwów Eaglets. The Eaglets were Polish child soldiers who defended Lviv during the Polish-Ukrainian War (1918-1919). Lviv was ultimately seized by the Soviet Union in 1939; the grave was desecrated and turned into a dump in 1971. Despite opposition by Ukrainian nationalists, the site was restored and reopened in 2005.
Lychakivs’ke is a protected historical monument. This is a much deserved designation, as it rivals many of Europe’s ancient necropolises in not only size, but in the beauty of its sculptures. Visitors are often stopped in their tracks by the remarkable statue of an angle gazing sadly towards heaven. Grief, strength and sacrifice are the dominant themes represented in these gripping monuments. Plan on spending at least a few hours if you hope to see them all, and for those with time limitations the sculptures located at the graves of Armenian Archbishop Samuel Stefanowicz, Dr. Józef Torosewicz and actress Regina Markovsky (Sleeping Beauty) are not to be missed.

Walking through this cemetery on All Saints' Day late in the afternoon was one of the most enchanting yet haunting experiences any Eastern European cemetery has ever offered. Anyone who can manage a trip to Lviv to correspond to November 1 All Saints' Day should make every effort to visit. Polish groups come through the cemetery and light a votive candle on as many graves as possible giving at dusk this hypnotic hillside paysage of hundreds of flickering candles on the gravestones. An arresting sight you'll long remember.
Take your guide with you Download a pdf