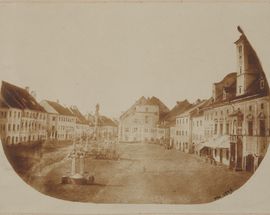 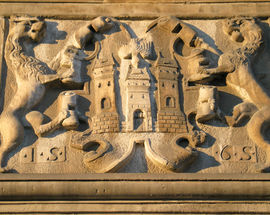 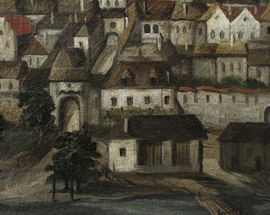 Slovenia’s second largest city and capital of the Štajerska region, Maribor has been settled as far back as the Stone Age. As with the rest of the country, it went through many hands in its formative years, although less influence was left here by the earlier civilisations. Even the Romans left it fairly untouched. It wasn’t until the Middle Ages that what would become known as Maribor began to grow.

Development was kicked off with the construction of a castle on Pirimada Hill in 1164, which directly led to the growth of a settlement around the river Drava below. A thriving market community was established thus. The natural evolution of this reached its apex in 1254, when town rights were granted to the settlement then known as Markburg (the name Maribor would not be used until the middle of the 19th century). To protect the town walls defence towers were built to provide security, which is always useful.

Habsburg expansion arrived in the early 14th century, and Austrian rule would be uninterrupted for almost six centuries. As we all know (however hazy our memories), wine plays an important commercial role throughout Slovenia, and nowhere is the more true than in Štajerska. It was the development of wine commerce shortly after the arrival of the Habsburgs that brought prosperity to Markburg for the first time. This prosperity became something of an issue for those in charge however, and they felt that the town’s population was a little too large. They remedied this by expelling the Jewish population in 1496. Then, things went wrong.

The period between the 16th and 18th centuries in Maribor could most accurately be described as being somewhat bleak.

We won’t go deep in to the miserable details, but a combination of fires, plague, and frequent Hungarian and Ottoman sieges combined with a drop in wine production due to wine wars with nearby Ptuj meant that Maribor wasn’t the happiest towns for a 200 years or so.

Things began to perk up in the 18th century with the industrial revolution. The Habsburgs finally decided to pay some attention to the region, and the state took control of various guilds and organizations. Roads were improved and infrastructure strengthened, all helped by the advent of the railway line from Vienna down to Trieste. The population at the time was majority German (82 %). From this point until the end of World War One, Maribor lived a life of relative peace.

As World War One came to a close, both Austria and the newly established Kingdom of Serbs, Croats and Slovenes claimed Maribor. Scuffles would continue, and in to the breach strode Rudolf Maister, a Slovene national hero with an equally heroic moustache. Whilst Maister’s control of Maribor has led to him being considered the man who made sure Slovenia wasn’t smaller than it already is, his record is blotted by what came to be known as ‘Marburg’s Bloody Sunday’.

The date was January 27th, 1919. A protest was taking place in the city, planned by the German citizens of the city in favour of including Maribor into the Republic of German Austria. As with any instance of this manner, what happened next is heavily disputed. The Germans say there was no provocation of the authorities, and the Slovenians say the opposite. Either way, Maister’s soldiers opened fire, and between nine and 13 Germans were shot dead with another 60 wounded. Responsibility for this has still not been established. Eight months later, Maribor would formally become part of the Kingdom of Serbs, Croats and Slovenes (renamed the Kingdom of Yugoslavia in 1929).

German schools were closed, and tensions bubbled under the precipice. World War Two would see them reach boiling point.

As with all of Yugoslavia, Maribor was annexed by the Nazis in 1941. Adolf Hitler visited the city in April of that year, famously calling on the people of Maribor to ‘make this land German again’. Slovenes were expelled en-mass, and the town would heavily bombed by the Allies. 47% of the city would be destroyed, making the most damaged major town in all of Yugoslavia. As the war ended and the Yugoslav Partisans, the seesaw of violence continued with the expulsion of the German population.

The arrival of a stable state in the form of Yugoslavia saw Maribor’s fortunes improve once more. It became a major transit and cultural centre in the socialist country, renowned for having an excellent workforce. Of course, this wouldn’t last, and as Yugoslavia unravelled independence would come to Slovenia in 1991. This was bad news for Maribor however, and unemployment skyrocketed. The loss of the Yugoslav market hit the town hard, and heavy industry in the town collapsed.

Things have improved however, and today Maribor is a proud regional capital that isn’t afraid to wear its scars on its sleeve. A European Capital of Culture for 2012, it also a continental centre for Ethnic and Regional Studies. The town’s football team is also far and away the best in the country and has been for a number of years, although in 2016 they relinquished the national league championship to the revamped club from Ljubljana. Its synagogue is one of the oldest in Europe and one of only two left in the country. It is also home to the Žametovka, better known as the oldest living grapevine in the world. Maribor is a city whose history has seen both peaks and troughs, all of which have amalgamated to create the proud city we love today.