share post a comment
When you think of the 1917 Revolution, you often tend to think about the events that shook then-capital city Petrograd (present-day St Petersburg). Indeed, some of the most important and history-changing events took place in that city. But Moscow also saw its fair share of pivotal events. On the centenary in 2017, Russia together with the entire world remembered the events of 1917, the events that would forever change the course of world history. In this very special article, In Your Pocket looks back at the revolutionary events that took place in Moscow and the mark they left on the city more than 100 year later.


Background to the Revolution in Petrograd

The 1905 Revolution and the February Revolution of 1917 were precursors for the final revolution that would change Russia irreversibly. The October Revolution (also called the Bolshevik Revolution) overturned the interim provisional government and established the Soviet Union. On November 6 and 7, 1917 (or October 24 and 25 on the Julian calendar, which is why this event is also referred to as the October Revolution), leftist revolutionaries led by Bolshevik Party leader Vladimir Lenin launched a nearly bloodless coup d'état against the provisional government. The Bolsheviks and their allies occupied government buildings and other strategic locations in Petrograd and soon formed a new government with Lenin as its head. Lenin became the dictator of the world’s first communist state.

The October Revolution was a much more deliberate event, orchestrated by a small group of people. The Bolsheviks, who led this coup, prepared their coup in only six months. They were generally viewed as an extremist group and had very little popular support when they began serious efforts in April 1917. By October, the Bolsheviks’ popular base was much larger; though still a minority within the country as a whole, they had built up a majority of support within Petrograd and other urban centres.

Following the fall of Petrograd, the Bolsheviks set their sights on Moscow. A committee was formed in Moscow, bringing together workers and soldiers and headed by four Bolsheviks and two moderate Mensheviks. The Moscow Duma prepared to resist by forming a Social Security Committee to face the Bolsheviks head on.
The revolutionaries managed to get forces into the Kremlin but government troops surrounded them, leading the way to a forced negotiations process. But when Colonel Ryabtsev, head of Moscow's military, learned that the Bolsheviks might be getting reinforcements from the front, he pulled out of negotiations and introduced martial law.

Naturally, the revolutionaries were far from pleased by this development so they mobilised troops and workers to arm and fight for the Soviets. Forces clashed on Red Square and revolutionaries fired from the Kremlin wall. Government troops entered the Kremlin via secret tunnels, ambushing the revolutionary forces from the inside – but the battle was far from over. Spurred on by the new order taking over in Petrograd the revolutionaries re-routed and the result was a bloody standoff at Krymsky Square. Casualties were reported on both sides but the Bolsheviks controlled key facilities. With the arrival of Mikhail Frunze and thousands of soldiers together with Red Guard detachments, the government troops were soon broken.

Two weeks after the bloody violence started – it was over. The Bolsheviks had won and in a matter of months, Moscow would become their new capital. But as most of us know, the bloodshed, violence and suffering did not end here for Moscow and the entire nation. The Russian Civil War would rage for years before the relative stability of the Soviet Union would reign for close to seven decades.

Traces of the Revolution in Modern-day Moscow

History buffs can stroll around Moscow to see with their own eyes the places that played such a pivotal role in our country's history. Here are the must-see places where you can really immerse yourself in Moscow’s revolutionary past.


Mossovet
This building in the very centre of Moscow, with the classical white-stoned portico and the ceremonial arc of the main entrance, is considered one of the most beautiful in the capital. Today on Tverskaya ul. 13 you will find the headquarters of the Administration of the city of Moscow but back in the revolutionary days, the building was known as the Mossovet (Moscow Soviet of People's Deputies).

Upon learning of the uprising happening in Petrograd, Moscow’s Bolsheviks also began carrying out military actions. At that point, they were occupying a mansion that was specifically designated as the government house occupied by the Moscow governor-general. On the very first days of the Revolution, members of the Red Guard established their headquarters here. Throughout almost two weeks of the uprising, all commands came from this address. After the Revolution was over, the building continued to belong to the Mossovet.

Today the complex is under state security due to its status of architectural monument and is one of the most important “witnesses” of the main events of the city’s history of 18th-20th centuries. 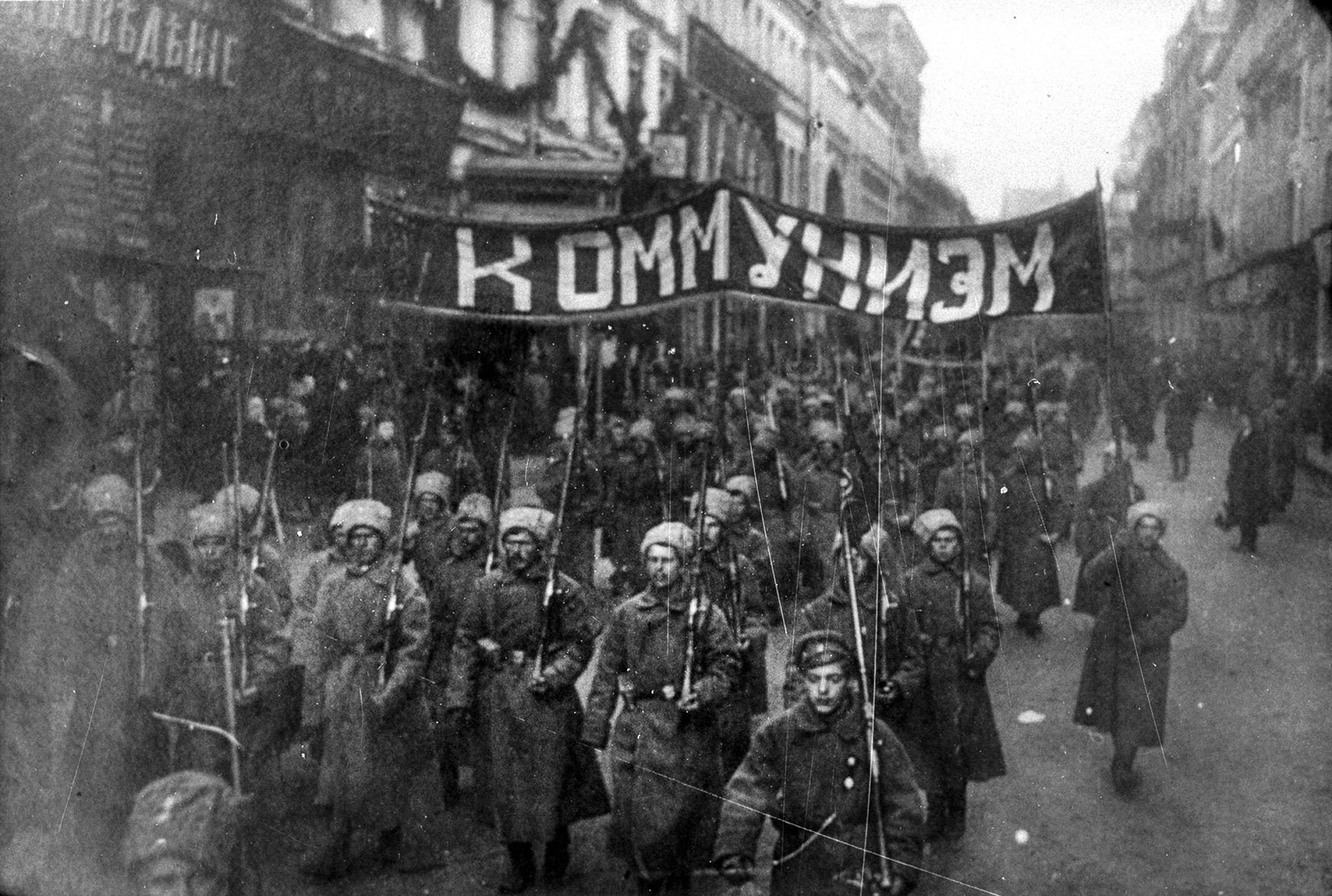 The origins of the Museum go back to 1872, when the Polytechnic Exhibition – a major presentation of the latest achievements in industrial and agricultural technology, science and culture, along with the artefacts from Russian history – was held on the occasion of the 200th anniversary of Peter the Great, the Russian emperor who led the cultural revolution and pushed for modernization. The Exhibition, supported by a number of Russian scientific organisations and intended primarily for science communication, was a raging success, and its objects served as the founding collection of the three museums in Moscow and St. Petersburg established following the Exhibition: the Polytechnic Museum, the State Historical Museum and the Popov Central Museum of Communication.

After the Revolution of 1917, the Museum lost government funding and needed to lease some of its premises to stay afloat. But even unheated halls and a leaking roof did not drive away the Museum’s audience – hungry and cold, they were still eager to learn and discuss. 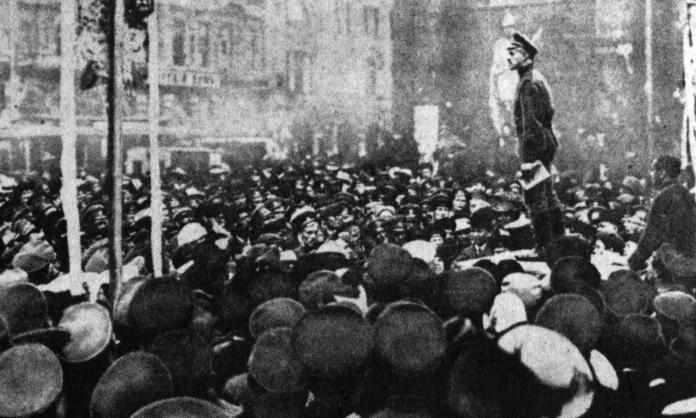 In July 1919, the museum was renamed as the Central Institute of Polytechnic Knowledge, re-focusing its work to research and the dissemination of scientific knowledge in the field of natural sciences, mathematics, technology and the economy. In the 1929-1930’s, the entire display of the museum was distributed between three new sectors: general, industrial and agricultural. The key turning point in the history of the museum was the All-Union Exhibition "Our Achievements" in 1934 to honor of the XVII Congress of the CPSU (Congress of the All-Union Communist Party). The exhibition was a huge demonstration of the victories of the Socialist country’s industrial achievements during Stalin's first five-year plan.

In the 1980-s the museum became the main museum of the Soviet Union that stored and displayed objects pertaining to the history of Soviet science and technology. Today, the Polytechnic Museum is the largest technical museum in Russia, offering a wide array of historical inventions and technological achievements, including humanoid automata of the 18th century and the first Soviet computers. Its collection contains more than 160,000 items in 65 halls including, chemistry, mining, metallurgy, transport, energy, optics, automation, computer engineering, radio electronics, communications and space exploration. 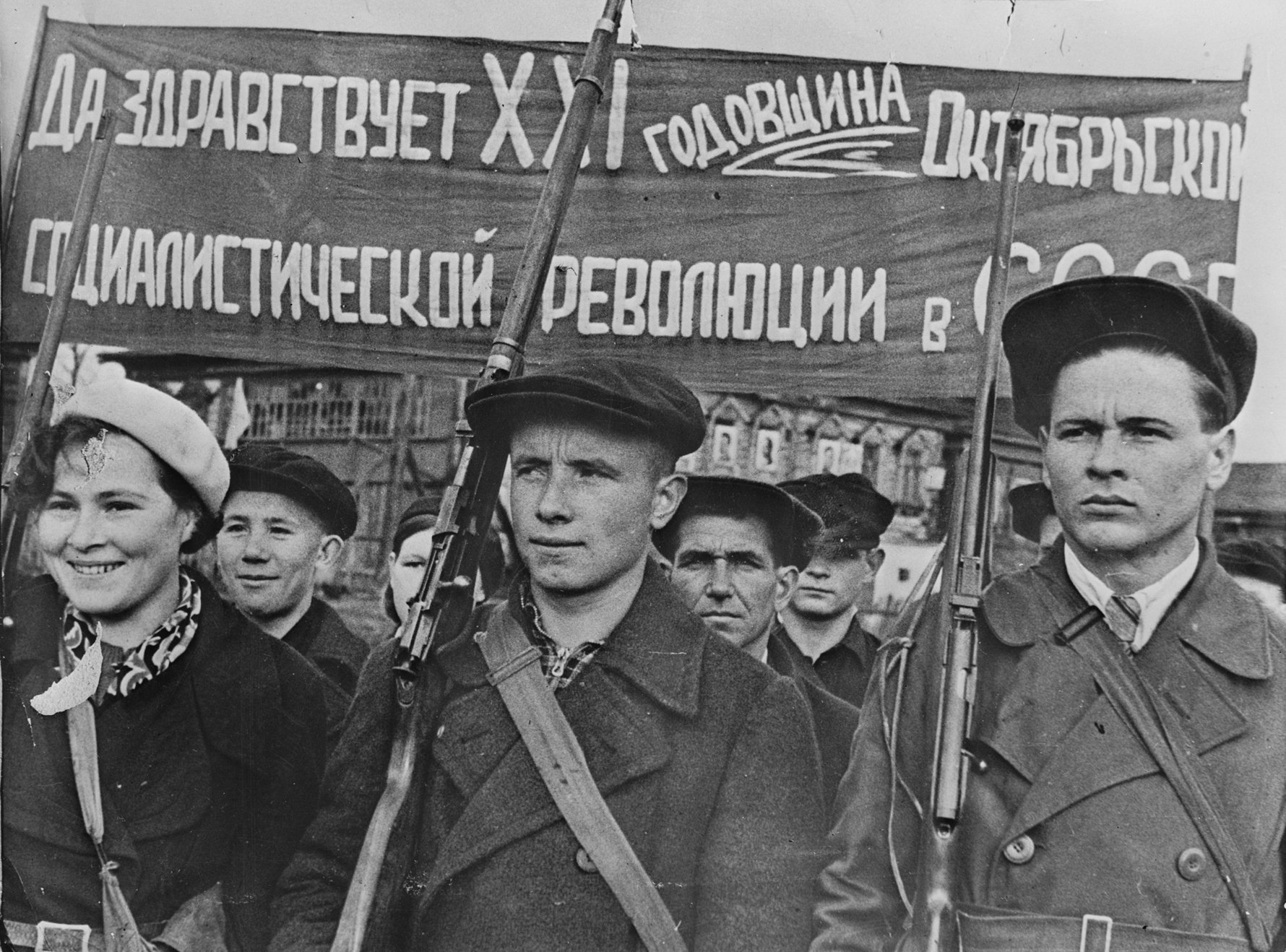 In the early 18th century, Duke Alexander Menshikov lived on the site of the present-day post office. Menshikov was a very close associate and friend of Tsar Peter the Great. After the death of the Tsar, Menshikov was the de facto ruler of Russia for two years.

The first Post Office was, in effect, rebuilt from Menshikov’s Moscow Palace. After his time of glory and power, he was overthrown by Moscow’s nobility and later exiled. His property was transferred to Prince Kurakin and later sold. In 1792, his house was reconstructed for the purposes of the post office. Today, one can find a wide choice of Russian and foreign stamps issued in different times.

Military Academy and Moscow City Duma
Moscow’s main counter-revolutionary forces were headquartered in the Alexandrovsky Military Academy (Ul. Znamenka) and the City Duma on Voskresenkaya Square. Both of these places were occupied by junior officers of the White Army during the final days of the armed uprising. The Military Academy was designed by Francesco Camporesi and built in 1792 for General StepanApraksin. After the Revolution, the building was used to house the Revolutionary Military Council. Today it is occupied by the Russian Ministry of Defence. 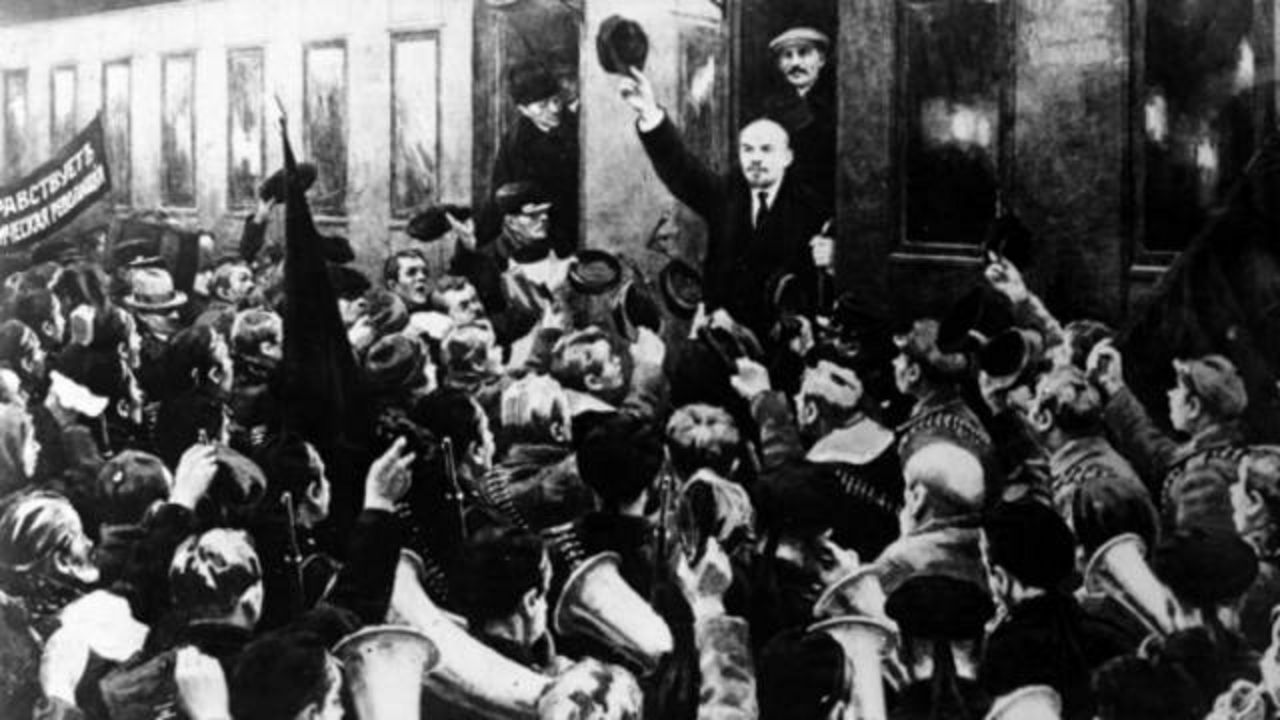 The City Duma building now belongs to the State Historical Museum and the square on which it is situated is aptly called Revolution Square, alluding to the events that took place here so many years ago. The giant, beautiful red brick structure right on Red Square consists of two floors offering an extensive foray into Russian history from the ice ages of the mammoths right up to the 19th century. The State Historical Museum is surely one of Russia’s finest treasures, with more than 4.5mln items and about 14mln sheets of documents.

The Museum’s collection is second to none in the country and offers an assortment of paleontology, science, technology, archeology and history monuments; masterpieces of painting, drawing, sculpture, works of decorative, religion, literature, music, theatre arts, and architecture. The art design of the museum building was created by architect Vladimir Sherwood and engineer Anatoly Semyonov, and the design of Museum’s unique halls – by the most famous architects and artists (think Bondarenko, Popov, Aivazovsky, Vasnetsov, Serov, Karolin and Repin). It is one of the most fascinating and informative journeys through Russia's long and turbulent history.

Pr. Mira 119, bldg. 26
/moscow/polytechnical-museum_37471v
This enormous museum covers the whole of Russia’s advance towards the technological age. The history of the development of hundreds of everyday useful things …
see more
History museums

Red Square 1
/moscow/state-historical-museum_37460v
Right on Red Square, this museum consists of two floors offering an extensive foray into Russian history from the ice ages of the mammoths right up to the 19th …
see more
Kremlin and Red Square

Red Square
/moscow/lenin-mausoleum_37595v
On display in various incarnations of his mausoleum since 1924, this is where the waxy, bald and embalmed body of the founder of the Communist Party is. …
see more
Kremlin and Red Square

The history of Kremlin