Ancient times
Around 9,000 BC, Mesolithic nomads leave the earliest known traces of human settlement in Estonia in what is now Pulli, a village near present-day Pärnu. The ancestors of the modern Estonians, however, are believed to have arrived in this area around 3,000 BC.

11th Century
In 1030 Kievan Rus’ expands into areas inhabited by Finno-Ugric peoples, including what is now Estonia and northwest Russia.

12th Century
Arab cartographer al-Idrisi marks Pärnu on his map, the first mention if the town in historic records.

13th Century
After the Pope calls for a crusade against the pagans around the Baltic sea, the German order of the Knights of the Sword begins conquering and Christianising Latvia and Estonia. Meanwhile, King Voldemar II of Denmark takes the stronghold of the north Estonian Rävala people, now Tallinn, as a base for his forces in 1219. Soon the region is divided into bishoprics with Ethnic Estonians reduced to the status of serfs. Though a permanent settlement is known to have existed in Pärnu since 1227, Old Pärnu (Perona) was founded in 1251 by Bishop Henrik, who was granted permission to build a cathedral there. In 1265 New Pärnu is issued a city charter and subsequently joins the Hanseatic League, becoming a significant link in international commerce.

17th Century
Denmark cedes the island of Saaremaa to Sweden in 1645, uniting Estonia under a single force for the first time. During the Northern War Tartu University, which opened in 1632, is relocated to Pärnu, operating here from 1699 to 1710.

19th Century
During the latter half of the century, literacy and a sense of national awareness spreads among the Estonian peasants. Perno Postimees is launched in 1857. It is now the oldest paper still printed in Estonia. The Endla Song and Theatre Association, forerunner of today’s Endla Theatre, is founded in Pärnu in 1875. Pärnu’s first spa opens in 1838 and as early as 1889 the city is consciously developing into a resort, a process helped by the discovery of curative sea and peat mud in the area.

20th Century
Estonia takes advantage of the chaos in Russia caused by WWI and the Bolshevik Revolution, declaring independence on February 24, 1918. German troops march in immediately, to be pushed out by Red forces in November. The Estonian War for Independence begins, ending with the Tartu Peace Treaty, signed February 2, 1920. Pärnu undergoes a building boom in the 1930s as its popularity as a resort town surges. Two decades of independent statehood come to an end however when, on June 16, 1940, the USSR accuses the Baltic states of aggression and demands the right to occupy. Estonia is officially incorporated into the Soviet Union on August 6. Nazi troops take Estonia at the end of 1941 but by the end of September, 1944, Soviet rule has returned.

Independence and beyond
During the Singing Revolution in the summer of 1988 Estonians rally around growing calls for autonomy from Moscow. On March 25, 1990, the Estonian Communist Party declares independence from the central party. During the failed Moscow coup on August 20, 1991, Estonia declares independence, and is recognised by most nations, including Russia, immediately. Locals immediately set about brushing off the dust from the collapsed USSR, and a decade and a half of development and investment gradually returns Pärnu to its status as an international resort. 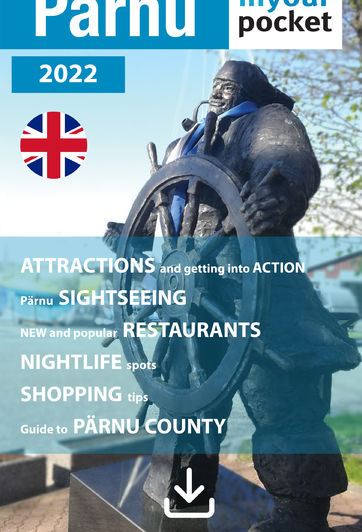