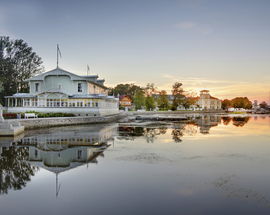 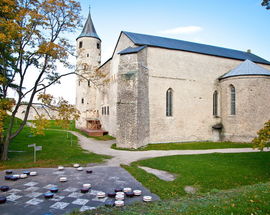 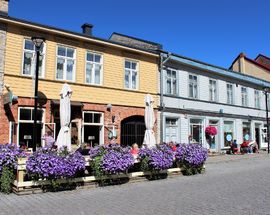 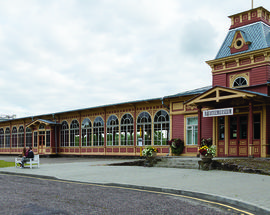 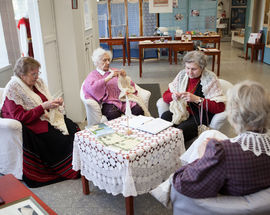 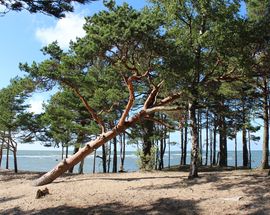 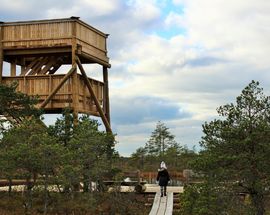 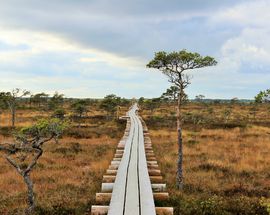 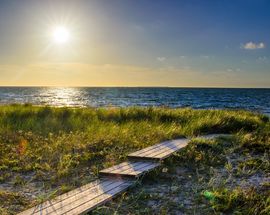 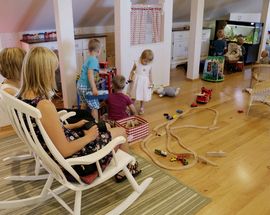 Healing mud, eerie legends, singing sands and fascinating history are just some of the things that await you in Lääne
County.

No summer is complete without a visit to the romantic town of Haapsalu. This quiet seaside village is rich with history, some of which you can admire in the architecture of the Old Town. The colourful wooden lace houses, intricate in detail, can be seen on a self-guided walking tour. Swim in warm waters, relax with a therapeutic mud wrap, something that has been bringing people to Haapsalu for over a century, and visit the Episcopal Castle, where the ghost of the White Lady makes her appearance every August. There is no shortage of events taking place in Haapsalu either, including a horror and fantasy film festival, blues festival, Italian wine party, yoga festival, and more!

Ilon’s Wonderland - Ilon Wikland, the famous illustrator of Astrid Lindgren’s books was born in Tartu and raised in Haapsalu. Ilon’s Wonderland is fun for the whole family, with its gallery, cinema, exhibitions, playroom, and activities. Haapsalu Shawl - Haapsalu’s knitting tradition dates back to the second half of the nineteenth century, where the Haapsalu shawl became a luxury item thanks to the wealthy bathers visiting the area. The skill of knitting shawls and scarves has been passed down from generation to generation. You can admire and purchase these beautiful shawls at the Haapsalu Lace Centre (Pitsikeskus). Railway Station - The famous 216 metrelong platform of the Haapsalu Railways station was built at the beginning of the 20th century. The railway station was built for the Russian Emperor to travel to his summer residence. You can still see his separate pavilion at the station. The rail connection no longer exists today, but you can visit the museum located inside the station and learn more about its history.

The northwestern shores of Lääne County offer kilometre after kilometre of sandy beaches near Nõva and Noarootsi. The beaches of Nõva are known for their singing sands and Roosta is a favourite among surfers. Noarootsi was once home to the Coastal Swedes who populated the area before World War II, until they were forced to flee to Sweden. Bilingual signs can still be seen throughout the area. You can learn more about their history and cultural at the Aibolands Museum in Haapsalu.

The islands of the area hold as much charm and history as the mainland. Vormsi, Estonia’s fourth-largest island, originates from its Swedish name, Ormsö (‘Snake Island’). Vormsi was once home to a community of Coastal Swedes, but during the Soviet period, the island was off limits to all visitors. The main sightseeing attraction on Vormsi is St Olav’s Church. Its cemetery holds the world’s largest collection of slate and sandstone sun crosses.

Osmusaar is a birdwatcher’s and historian’s paradise. Divers may also enjoy exploring the largest and oldest meteorite crater in Estonia, Neugrund, as well as the many shipwrecks surrounding the island.

Lääne County and Matsalu National Park boast some of the best birdwatching in Europe. Every spring and autumn, hundreds of thousands of waterfowl come to nest in Matsalu. Cape Põõsapesa is also a favourite spot for watching the migration of waterfowl. The area is also known for it stunning beaches and pine forests, a favourite place for foragers. Hikers will enjoy Marimetsa Bog, which has several trails and a viewing platform.