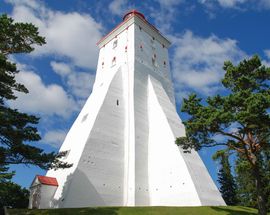 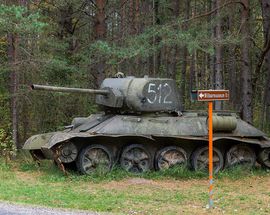 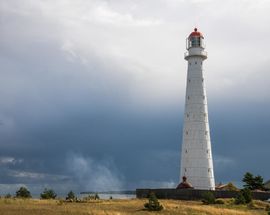 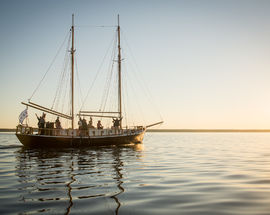 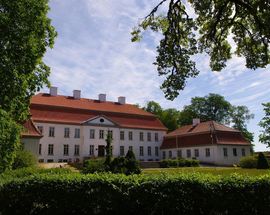 Did you know that Hiiumaa was formed 455 million years ago by meteorite? This makes Hiiumaa one of the world’s oldest islands.

As Estonia’s second largest island (1000 sq km), it’s often passed by, as visitors flock to its larger neighbour, Saaremaa. Hiiumaa is sparsely populated, with beautiful coastlines and forests, making this the perfect place to escape the crowds and simply take in the fresh sea air.

Hiiumaa is rich with folklore and legends, and a few other odd little things. While it’s not widely discussed, the island is said to have many fairies and elves, which are ancestors of those born here. Those that move to the island are considered isehakanud hiidlane (would-be islanders) for ten years, before they can be considered full residents.

On the island, you’ll find many old lighthouses, Soviet bunkers, beaches and a nature reserve to explore during your stay. Take part in horseback riding, hiking, or different water sports. Bicycle tours are also a great way to visit the island. You can rent a bike and explore on your own, or take part in one of the many organised tours.

Tahkuna Peninsula, located on the western half of the island was the scene of a gruesome battle between the Germans and Soviets in WWII. You’ll see many deserted military bunkers, including one complete one that can be explored at your own risk. There’s also the picturesque Tahkuna lighthouse, which was bought from the World Exhibition in Paris in 1871 by Czaric Russia and is Estonia’s tallest lighthouse - 42.7m above the seal level. Experienced surfers can enjoy the challenging waves at Ristna.

Summer in Hiiumaa is filled with events. The most popular and well-known is the annual café days, which takes place at the beginning of August (3-6 August) in Kärdla. Sõru Jazz (15-18 June) attracts jazz fans every year. For further information about events visit: hiiumaa.events.