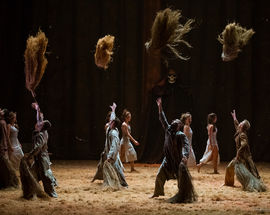 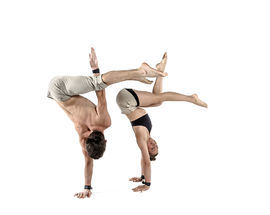 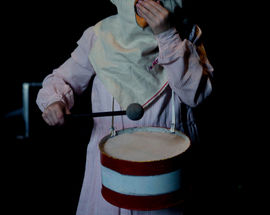 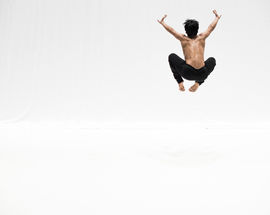 This year's programme of One Dance Week is probably one of the most anticipated and biggest highlights Plovdiv - European Capital of Culture 2019, after last year's amazing offering when Dimitris Papaioannou presented his latest show 'The Great Tamer' with three sold-out shows.
Now in its 12th year, it would be fair to say that the feature festival weeks from the One Foundation for Culture and Arts; one design week, one architecture week (both now sadly retired) and one dance week - played a crucial role in focusing the spotlight on Plovdiv in its bid for Cultural Capital.
Originally started in Sofia in 2008, these festival labels quickly became the most distinguished in the Balkans and were the brainchild of director Assen Assenov who, solely through private sponsorship back then, created Sofia Design Week, Sofia Dance Week and Sofia Architecture Week. During the campaign for candidate city nomination for ECOC, he relocated to Plovdiv and took his platform with him.
Sadly financial cutbacks have meant that the other festivals have been lost along the way, but with dance being Assen's true passion it is fair to say that One Dance Week has found it's niche in the Bulgarian cultural calendar and this autumn dance fans can once again expect to be provoked, amazed and enthralled. In all there will be 19 performances with participants from Australia, Japan, Taiwan, Indonesia, Belgium, Canada, Syria, Czech Republic, Hungary, Poland and Israel.
These  are just some of the highlights all of which will take place in the Boris Hristov House of Culture, Plovdiv.
20th September  Kind  by Peeping Tom
After VADER (2014) and MOEDER (2016), Peeping Tom (Belgium) will present the final chapter of their stunning family trilogy, an overwhelming portrait of those very first years when personalities are being formed. The show reflects on behavioral patterns, science, and personal experiences to zoom in on the internal and external world of children.
22nd September Medium by Rialto
Indonesian choreographer Rianto with his solo performance creates and inhabits a space where binary opposites merge – a space between manhood and womanhood, between customs and religious principles, between conscious control and trance.
29th September Carmina Burana by Szeged Contemporary Dance Company
A classic comes from Hungary, renewed, with clear movement techniques and distinct theatrical scenery. Choreographer Tames Juronics places an invisible mirror on the stage to reflect our emotions and help us understand ourselves.
5th October Chapter 3 by L-E-V
Just days after its premier in Germany, Israeli dance company L-E-V will present „CHAPTER 3” to the audience in Plovdiv. It continues the theme of love following the previous two productions – “OCD Love” and “Love Chapter 2” and displays the distinctive dance vocabulary of Sharon Eyal and multimedia designer Gai Behar.
18th October A Simple Space by Gravity & Other Myths
Coming all the way from Australia to premiere on the Bulgarian stage, A SIMPLE SPACE is an extreme demonstration of strength and skills by seven acrobats who will fly over your heads. Hang on because it’s all for real. No safety net. No ropes. No technical assistance.
Tickets are selling fast