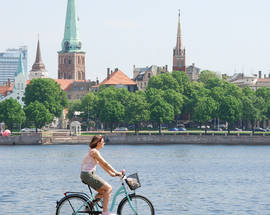 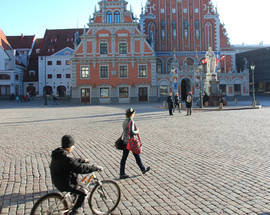 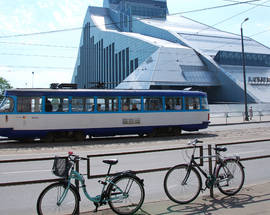 Although we doubt that cycling will ever be as popular in Latvia as it is in the Netherlands or France, more and more locals have chosen to beat Riga’s legendary traffic jams with a two-wheeler. In a controversial manoeuver that has provoked the ire of local motorists, the city has even created bike lanes on some of the inner city’s widest streets, but in truth these can be a bit dodgy as they’re often blocked by parked cars and delivery vans. Some brave souls throw caution to the wind and simply pedal with Riga’s notoriously irresponsible drivers on the city’s streets, while others choose the safer option of sidewalks often terrorising pedestrians in the process. There are, however, better official bike paths including a stretch along the River Daugava behind the Central Market that leads to the Moscow District and three longer routes from Old Riga to Mežaparks, the Ethnographic Museum and the beach resort of Jūrmala. Whichever option you choose, it’s a great way to see some of the city’s hidden gems outside of Old Riga and the city centre.