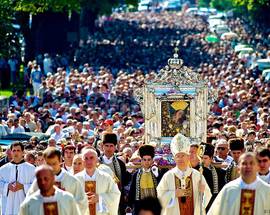 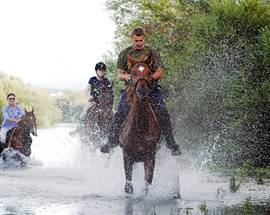 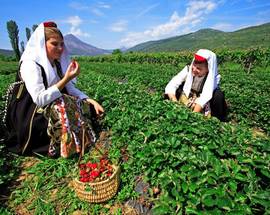 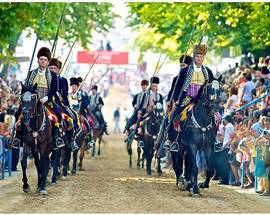 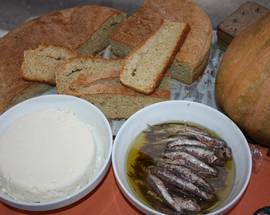 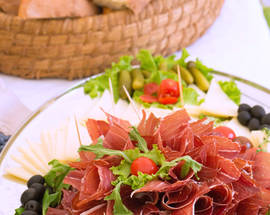 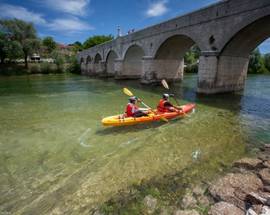 When people think of Dalmatia they usually think of the Adriatic coast, complete with its beaches, islands and swaying palm trees. What is often forgotten is that Dalmatia also has a huge tract of inland territory, much of which is just as exotic and just as interesting as the seaside but much less visited, making it more than ripe for discovery.
Much of inland Dalmatia is covered by the label Dalmatian Zagora (Dalmatinska Zagora); Zagora literally means ‘behind the hills’, a reference to the mountains that run along a good deal of the coast. Indeed much of the Zagora is a mountainous, arid place, known for the scrub-covered hills and rocky wastes known as kamenjar (‘stone fields’) – but also for its neat towns of stone houses and intensively cultivated islands of agriculture.
The Zagora may be a blind spot as far as tourists are concerned but it has never been so to the Dalmatians themselves, who have a high regard for its resourceful, hard-working inhabitants. The inhabitants of the Zagora are frequently termed vlaji by their coastal neighbours (a mocking reference to the Vlachs, the semi-nomadic sheep-rearers who roamed the Balkan interior in centuries past), although the term conveys a positive sense of hardy self-reliance as well as country-bumpkin simplicity. The populations of the coastal towns have always been fed by immigration from the interior, and settlements such as Zadar, Šibenik and Split have always faced two ways, serving as seafaring Mediterranean cities as well as ‘capitals’ of their extensive hinterland.
Much of the Zagora’s haunting beauty comes from its extensive areas of arid, maquis-covered plateau. However it’s also an area of much geological drama, with canyons and waterfalls around the Krka National Park and the Cetina Gorge, deep mysterious lakes at Imotski, and tortured limestone features almost everywhere. Roman remains at Burnum, and medieval fortress at Drniš, Knin and Sinj, provide a sense of historical depth.
The gastronomy of the Zagora is also distinctive, placing more emphasis on sheep, cattle and freshwater fish than the coastal parts of Dalmatia. The practice of roasting meats in a lidded metal vessel covered in glowing embers is a Zagora speciality, and is found almost everywhere inland. You also come across numerous regional specialities: freshwater fish inland from Omiš, slow-cooked veal risottos around Skradin, delicious home-cured pršut ham from Drniš, and frogs’ legs from Trilj. As far as local drink is concerned, Bibich, with vineyards in the hills above Skradin, produces boutique wines that are highly sought-after. There’s also a growing wine industry around Imotski, whose blended reds and indigenous Kujundžuša whites are increasingly highly rated – indeed Imotski winemaker Grabovac has opened a wine bar in the coastal resort of Makarska to promote the local tipple.

What follows is our list of ten places you should visit in order to get an authentic flavour of the Dalmatian Zagora.