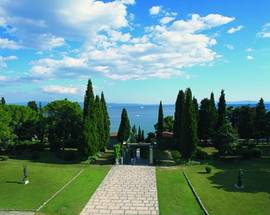 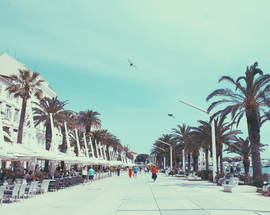 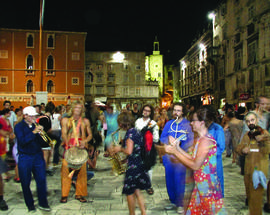 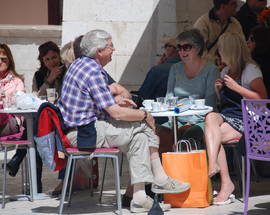 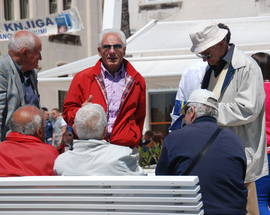 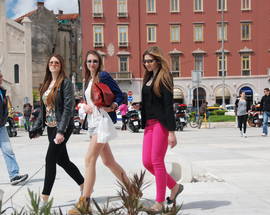 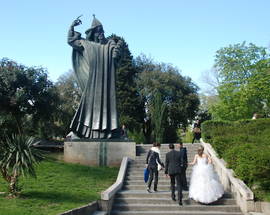 Consisting of an imperial Roman palace that was taken over by the plebs and turned into a thronging city, central Split is an attraction in itself. There’s no single must-see attraction here: it’s really a question of taking time to stroll the palace’s narrow, tunnel-like streets, where Roman, medieval and Renaissance buildings jostle together to form a unique urban jumble. And you shouldn’t just restrict your wanderings to the city centre: residential neighbourhoods such as Veli Varoš, Lučac and Manuš are filled with the kind of picturesque alleys and stone houses that are so typical of traditional Dalmatian towns. Rising above the city to the west, Marjan hill presents an easily accessible expanse of woodland park, with some fine views back towards the centre.

Šetalište Ivana Meštrovića 46/39
featured
/split/ivan-mestrovic-museums-mestrovic-gallery-and-the_34718v
Housed in an imposing marble villa planned by the artist himself, the Ivan Meštrović Gallery does a fine job of telling the story of a sculptor who went from …
see more
Featured
Essential Split

Obrov 5
featured
/split/fish-market_37503v
Upon entering, you might feel compelled to crack the classic, “Something’s fishy here…” joke, but please refrain – it’s been said before. What you can do is …
see more
Featured
Essential Split

featured
/split/green-market_34692v
Any traveller worth their salt wants to get real and rub elbows with some of the locals and Split's Pazar is the place to go to satisfy that desire. Jump in …
see more
Featured
Essential Split

featured
/split/marjan-peninsula_34711v
When ready to escape the hustle and bustle of Croatia's second city, visitors can take a pleasant, ten-minute walk through Veli Varoš up to the wooded heights …
see more
Featured
Essential Split

Glagoljaška 18 (Gripe Fortress)
featured
/split/croatian-maritime-museum-split_34684v
Spend all your time cocooned in the old town and you’ll miss out on many of Split’s more quirky delights, of which the maritime museum is undoubtedly one. It’s …
see more
Featured
Landmarks

Trg Gaje Bulata 1
featured
/split/croatian-national-theatre_34715v
The story of Croatia’s National Theatre in Split is long and complicated but begins on December 26, 1859, right near the beginning of a period of autonomy in …
see more
Featured
Museums

Severova 1
featured
/split/ethnographic-museum-split_34683v
If you're into making an in-depth examination of Croatia's cultural tradition, particularly that of the Dalmatian Coast, then you're in luck. Split's …
see more
Featured
Essential Split

The Peristyle and The Cathedral of St Domnius

EDITOR'S PICK
/split/grgur-ninski_34717v
In 926, the representatives of Croatian churches were called together by Pope Ivan X in order to conduct a reform of the then current church system. The Great …
see more
Editor's pick
Essential Split

featured
/split/veli-varos_34693v
Situated west of the old town, Veli Varoš is a neighbourhood full of winding streets and old apartments that is characteristic of Dalmatia. It's well worth …
see more
Featured
Museums

Andrija Kačić Miošić 2
featured
/split/museum-of-illusions_168531v
The Museum of Illusions is an optical tour de force that’s a thrill for the whole family. In the heart of Splits’s old town, the museum is unique in this part …
see more
Featured
Museums

Beasties of the coast and hinterland feature
Croatian Inventors: Great Minds from a Small Country feature
Dry Stone Wall feature
see more
Take your guide with you Download a pdf