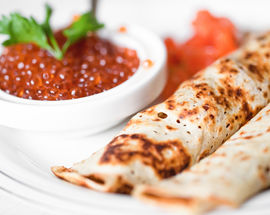 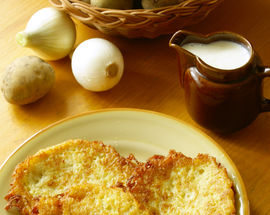 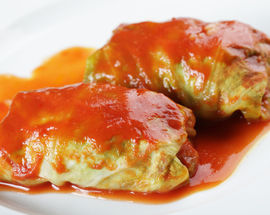 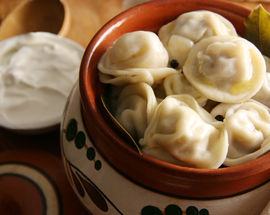 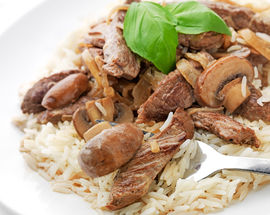 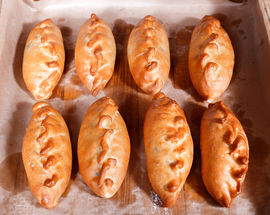 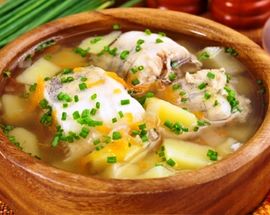 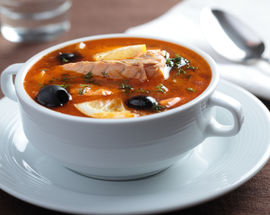 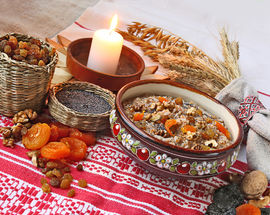 Traditional Russian food is rich and stodgy peasant-fare from the village with a dash of French inspired creamy sauces. If you are wondering what that green grass stuff is, it’s dill (ukrop - укроп) and it usually finds its way into everything. Snacks (zakuski -закуски) are very popular and include all manner of pickled things (solyony - соленый ) and small open sandwiches (buterbrod - бутерброд).
Soups and salads
Russians are big on soups and there are literally hundreds of different kinds of soups that you can find on a Russian menu. Russians often like to eat there soup with a spoon of sour cream in it.

The quintessential Russian soup is of course the beetroot and beef based borsch. Ukha (уха), a fish soup often made with salmon or trout, is another favourite as is the heavy meaty ‘hunters’ soup solyanka (солянка).

Russian salads invariably have mayonnaise in them and are a permanent feature on holiday and celebratory tables.

The classic Russian salad is Olivye (оливье) – boiled potatoes, carrots, peas, eggs and pickled cucumbers with either spam ham (in its Soviet version) or something luxurious like lobster, sturgeon or crayfish (in its original imperial version).

Selyodka pod shuboy (селедка под шубой) which translates as ‘herring under a fur coat’ is another favourite consisting of layers of pickled herring, boiled potatoes and beetroot.
Bliny - Russian pancakes
Bliny (блины) – pancakes, an indispensable part of Russia’s culinary tradition come stuffed with sweet or savoury fillings limited only by ones imagination.