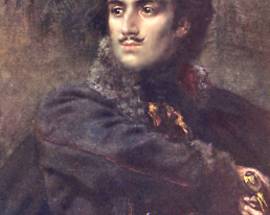 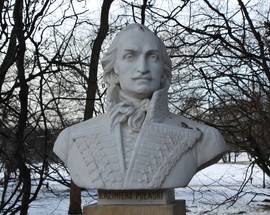 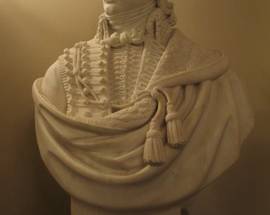 A Polish and American military hero, like his comrade-in-arms Tadeusz Kościuszko, Kazimierz Pułaski is almost ubiquitously immortalised on monuments and place names in both countries, but especially in America where several cities (namely Chicago) actually celebrate Casimir Pulaski Day as an official bank holiday on the first Monday of every March. Despite the high-profile patronymic, Kazimierz Pułaski himself has been largely forgotten in both countries, his legacy enduring in Poland as the mustachioed portrait on bottles of Warka beer, and in Wisconsin as a day when the kids don’t have school for seemingly no reason. Who was this man to whom some lucky Midwesterners owe an extra day off each year? We explain.

Born March 4th, 1745 to Polish nobility, Pułaski was educated in Warsaw and then served as page to a vassal of the Polish King in the Duchy of Courland. The Duchy (in present day Latvia) was occupied by Russia and the nobility expelled in 1763. As Russia forced the Polish parliament to pass resolutions of complicity weakening the power of the Polish-Lithuanian Commonwealth in 1767-68, Pułaski joined his father Józef and other nobles in founding the ‘Bar Confederation’ – a military association opposing the capitulating home government, dedicated to defending the Commonwealth from Russian aggression. Quickly becoming one of the Confederation’s best commanders, Pułaski was eventually besieged in Berdyczów (northern Ukraine today) and after a valiant two-week defense he was captured by the Russians, but foolishly set free after falsely pledging not to return to the cause. Despite the arrest and death of his father, Pułaski continued to fight the Russians for four more years in what is commonly regarded as the First Polish Uprising. In 1769, he incited another revolt against the Russians near Vilnius, and successfully defended the Jasna Góra monastery in Częstochowa in 1770. The heroic legacy of the Bar Confederation was soon to change, however, when a mysterious Pułaski-endorsed kidnapping of the King resulted in the intervention of Austria and Prussia and the partitioning of Poland in 1773. The Confederation was condemned and disbanded and Pułaski fled the country with a bounty on his head.

Turning up in Paris (as you did back in those days), Pułaski was recruited by Benjamin Franklin and LaFayette to take his freedom-fighting skills to America. During his first engagement in the Battle of Brandywine, Pułaski led a successful charge against the British and saved the life of General George Washington, for which he received the rank of Brigadier General of the American Cavalry. His challenging personality and poor command of English soon forced him to resign the position, but he quickly formed an independent cavalry corps – the legendary ‘Pulaski Cavalry Legion’. Driving the British from Charleston, South Carolina in February 1779, the Pulaski Legion turned south to assault the enemy in the Siege of Savannah, Georgia. Here Pułaski was struck in the groin with grapeshot while leading a courageous charge. Taken aboard a brigadier vessel, Pułaski died two days later. Though eyewitnesses claimed he was dishonourably buried at sea, unknown remains believed to belong to Pułaski were discovered beneath the Pułaski monument in Savannah’s Monterey Square. In addition to the bazillions of monuments, forts, ships, cities and streets that bear his name, in 2009, President Barack Obama posthumously made Pułaski an ‘Honourary Citizen of the United States’ – only the seventh person to be so honoured.

Warsaw In Your Pocket - August - September 2020