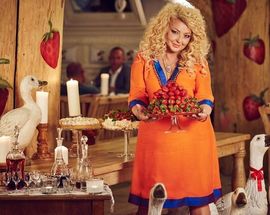 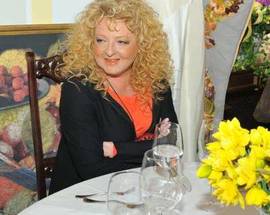 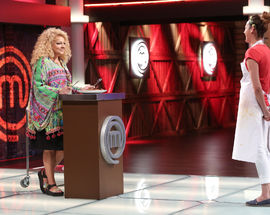 The United Kingdom has Gordon Ramsay, the United States has Anthony Bourdain, and Poland has Magda Gessler. Though not quite as obnoxious or brash as the aforementioned male chefs, Gessler does have the same celebrity culinary status in her home country thanks to her popular television show (“Kuchenne Rewolucje” or Kitchen Revolution in English, which is similar to Ramsay’s “Kitchen Nightmares”) and a string of restaurants that bear her name across PL.

Just who is this prolific curly-haired culinary maven? Born Magdalena Ikonowicz in Warsaw in 1953, Gessler spent time in Sofia and Havana as a youth thanks to her father’s career in journalism. She eventually moved to Madrid to study art and stayed for 17 years, acquiring a husband, son and a career managing restaurants. After husband Volkhart Müller passed away in 1989 - an important year in Poland thanks to the fall of communism - Gessler returned to Warsaw and wed Piotr Gessler, a restaurateur whose family was well established in the dining industry.

Though the marriage didn’t last long it produced a child and one of Warsaw’s most famed restaurants, U Fukiera. Gessler kept her second husband’s name - even after a third marriage to a Polish doctor - and uses it to promote her own restaurants like Słodki Słony as well as about a dozen others that have franchised the Magda Gessler name. Naturally this caused some unhappy confusion with the original Gessler clan as Magda’s former brother-in-law Adam has also operated popular restaurants under his name in Warsaw and Krakow as well.

Today it’s impossible to talk about Warsaw’s dining evolution without mentioning Gessler, who many credit with modernising Polish cuisine and raising the standard of service since her arrival post-Communism. Should you opt to dine in one of Gessler’s establishments – and considering how prolific she is, it’s almost impossible to avoid – you’ll first be struck by the heavy-handed, lavish (borderline garish) décor that has become her hallmark. Secondly, you’ll note Gessler’s ability to make Polish cuisine (and not all of her restaurants are Polish, however) more contemporary and modern.
Polish

Rynek Starego Miasta 27
EDITOR'S PICK
/warsaw/u-fukiera_17994v
The most famous and oldest restaurant in town, and not by just a few years, we're talking about a tradition going way back to the 16th century! Taken under the …
see more
Editor's pick
Cafes

ul. Mokotowska 45
/warsaw/slodki-slony_18001v
Exceedingly ornate interiors announce the arrival of one more Magda Gessler venture, this one with a heavy emphasis on cakes, pastries and chocolate. There’s …
see more
Polish

ul. Ogrodowa 19A
/warsaw/polka_90508v
Celebrity chef Magda Gessler strikes again, this time in her native cuisine. Polka, which is so awash in poppy-themed décor you won’t know where to look (the …
see more
Polish

ul. Świętojańska 2
/warsaw/polka-magda-gessler-po-prostu_41218v
No other restaurateur dominates the Warsaw scene like Magda Gessler, and Polka is one of her Polish offerings to Warsaw’s growing band of gastronauts. Like her …
see more
Polish

Pl. Trzech Krzyży 3
featured
/warsaw/alegloria_89879v
Magnificent, enjoyably over-the-top restaurant in the finest part of Warsaw where the strawberry-themed decor appears amazingly at home and where the modern …
see more
Featured