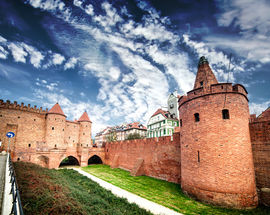 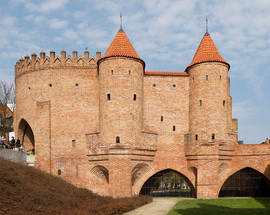 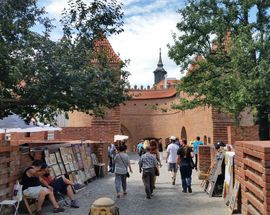 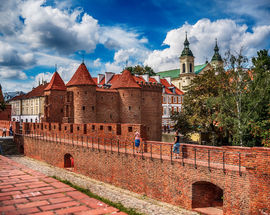 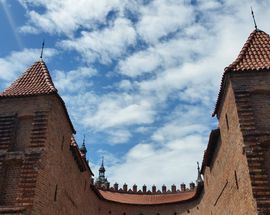 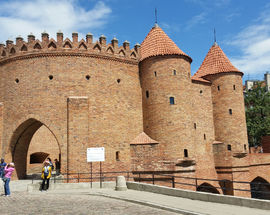 Crowning the set of the medieval defensive walls which once protected the northern entrance to the city, this fearsome rotund structure dates from 1548, built by architect Giovanni Battista Venetian on the site of an earlier gate. Despite its intended use, the Barbican was only ever used in one fighting action when on June 30, 1656, during the Swedish deluge, Polish troops attacked to retake the city. In the 18th century, the Barbican was partially demolished with the remains being incorporated into new apartment buildings. It was during the interwar period that restoration work began to return the Barbican to its former glory, but alas, World War II put a hold to works, with it being completely destroyed. Along with the Old Town reconstruction, the fortified wall and barbican were restored. Today, it serves as a bridge between the Old and New Town, and is also the hangout of choice for teenage drinkers, buskers and 'artists' selling their wares.
Show on map