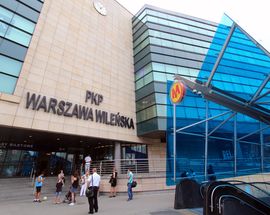 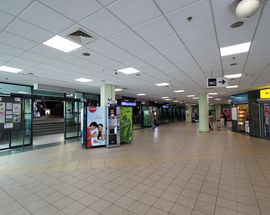 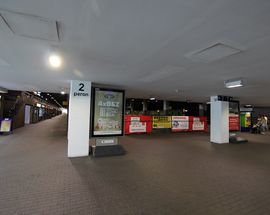 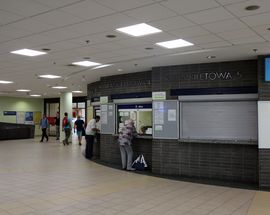 Warszawa Wileńska, located in the Praga district, was built in 1863 and originally called The Petersburg Train Station, which linked Warsaw, Vilnius and St Petersburg using Russian gauge tracks. Following the Polish-Bolshevik war, trains on this route practically ceased, and the tracks were later upgraded to standard gauge. The station building survived World War II and was in use until 2000 when renovation work began, ending in 2002, incorporating the station into a new shopping centre. The 2nd Metro line currently ends here at 'Dworzec Wileński', making it easier to get to/from the city centre. Today, Warszawa Wileń​ska serves local and suburban trains on line KM6, run by Koleje Mazowieckie' (Mazovian Railways) between Warsaw, Wołomin and Tłuszcz. Check out Koleje Mazowieckie's site for timetables.
Show on map