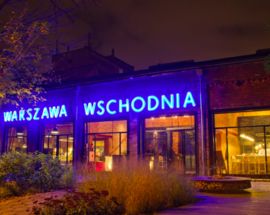 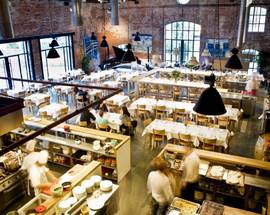 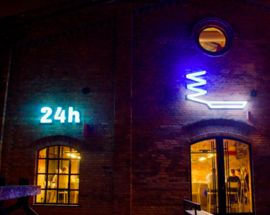 Not content with running a rather large number of restaurants in the city centre, the Gessler clan set their sights on the never-quite-rejuvenated area of post-industrial Praga with this popular venture in the trendy Soho Factory complex. One of the two main brick walled rooms is vast, the smaller room has a central kitchen area which diners sit around and watch the frantic goings-on of the chefs at work (there is also a third room available plus a VIP room by reservation only). Ultimately, this 'island' eating concept is rather irritating, noisy and a tad 'aromatic' in our opinion. Mind you, none of that stops the young, rich and beautiful from piling in here. The kitchen, under the command of Robert Kondziela, presents a modern take on Polish classics and contemporary French cuisine, and serves it 'round the clock.