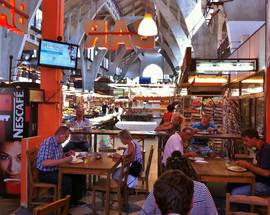 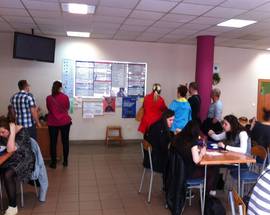 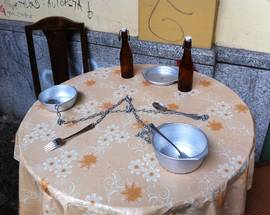 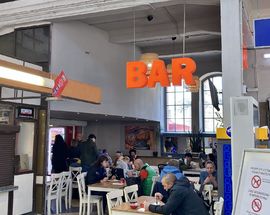 Essentially the inverse of gourmet dining, the Polish milk bar (‘bar mleczny’) was the communist party’s solution for how to feed the masses, and a visit to one of these working class cafeterias today provides a rare insight into Eastern Bloc Poland. Quickly serving traditional cuisine to a steady queue of students, pensioners and tramps, here you can eat a full meal for only a few coins. You get what you pay for in terms of atmosphere, but in terms of food it’s an unbeatable value. That said, anyone stepping into a milk bar should be doing so as much for the cultural experience as the culinary one (if not more so).

Though the concept apparently dates back to the turn of the century, the Polish milk bar became a societal institution after WWII when PL’s communist authorities began nationalising the country’s restaurants and sought to popularise milk-drinking (as opposed to vodka), inspired by Poland’s large surplus of dairy products. As such, originally no hot dishes were served; the milk bar was a place where you went simply to enjoy milk, served in a glass with a straw (so classy). But the proletariat can’t run on milk alone and soon the Party concept had shifted to providing cheap, dairy-based meals to the masses; in fact, a worker’s salary often included meals at the local milk bar. In addition to milk, yoghurt, cottage cheese and other dairy concoctions, milk bars offered omelettes and egg cutlets, as well as flour-based foods like pierogi.

With the collapse of communism most bar mleczny went bankrupt, however, some of these feed museums were saved and continue to be kept open through state subsidies. Indecisiveness is unacceptable, so if you’re not sure what to order, pierogi are always a safe bet, or be bold and go for bigos (a hearty cabbage stew). The range of available dishes begins to fall off as closing time approaches, so go early, go often. Below are our favourites in the city centre:

ul. Nowy Targ 28
/wroclaw/jacek-i-agatka_18950v
If this is the future of Polish milk bars we won't cry too many tears. Relocated on the ground floor on a modern office building, this historic milk bar is …
see more